Over in El Segundo, there's this really cool place called the Old Town Music Hall which screens classic movies (like silent films) while playing the organ live along with the show. It was really neat. 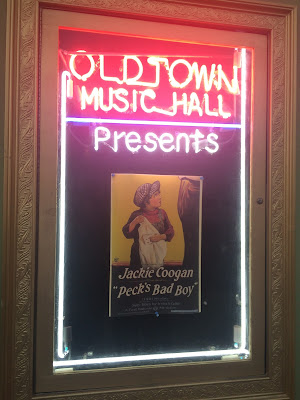 On Friday night, they screened a Jackie Coogan film called Peck's Bad Boy. Keith and I had never seen it before, so we were really looking forward to it. 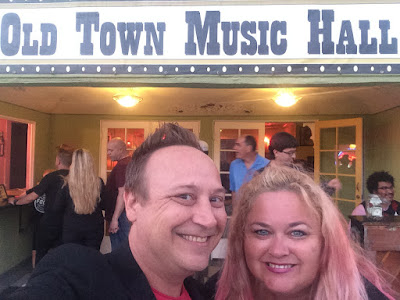 When you arrive, there's someone playing piano music outside. 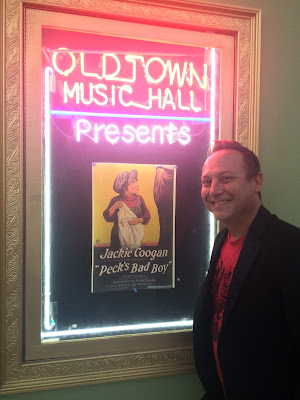 Of course we had to pose with the sign! 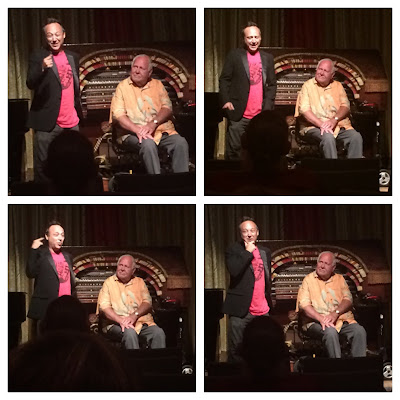 Keith was asked to speak a bit about his grandfather before the screening. He did awesome, per usual. I loved this collage of a bunch of his looks while speaking. 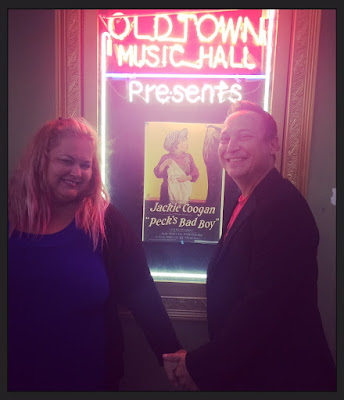