I've wanted to meet Eric Dane for what feels like forever. As you probably know, he played the illustrious and sexy "McSteamy" on my favorite show, Grey's Anatomy, and is one of the few cast members I had yet to meet. Despite his not being on the show anymore, I still really wanted to meet him. If you have "McDreamy," you've gotta have "McSteamy!" 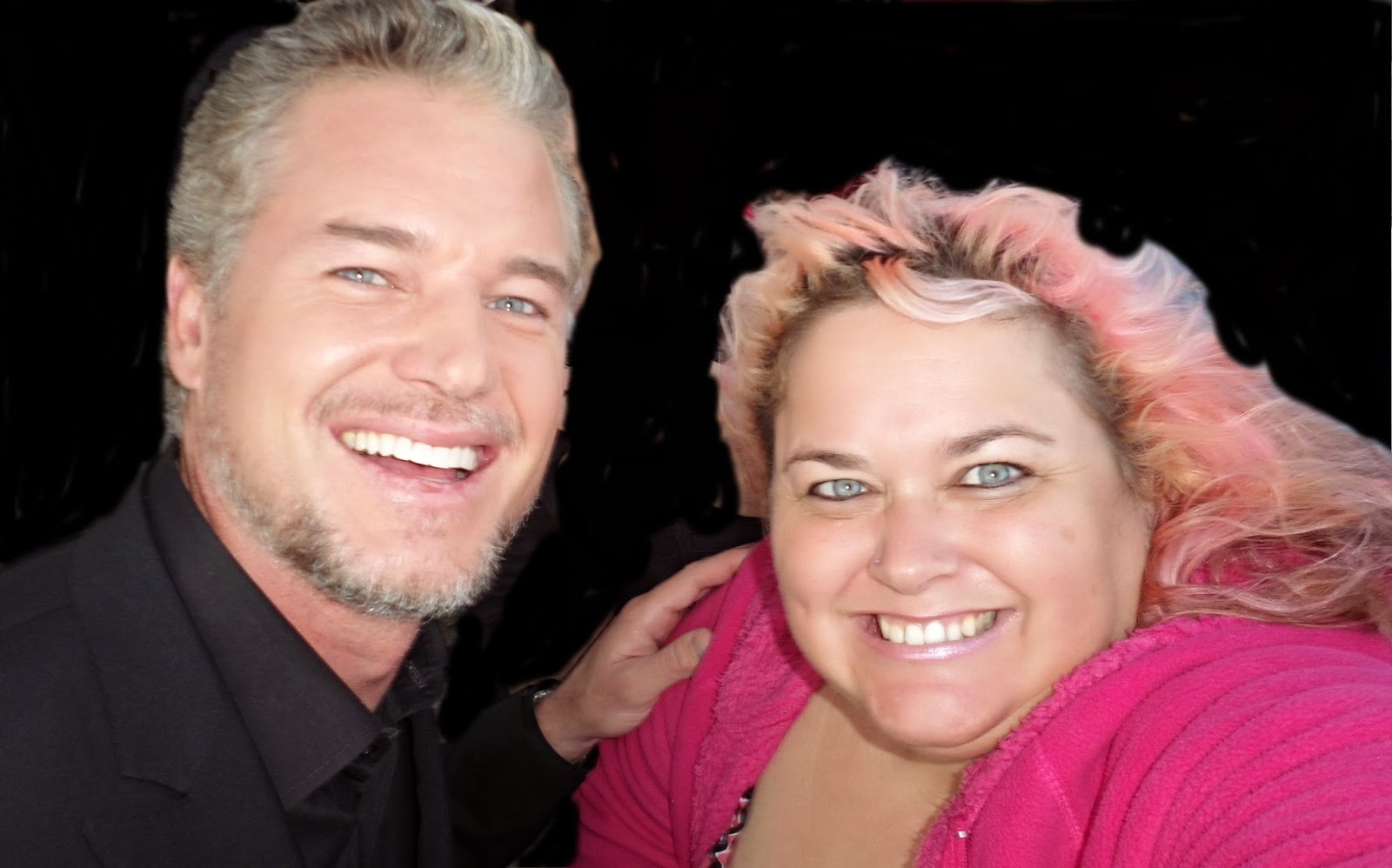 The funny part about it was that I had a dream about Eric and his wife, Rebecca Gayheart, the other night. Nothing weird, just that we were at an event and I was finally able to meet them (yes, I dream about meeting celebs - don't judge me). 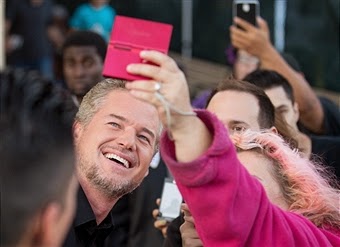 A few days later I saw that he was going to be on a local talk show and figured it was kismet - I had to try and meet him! Eric was super nice and as you can tell by my insane smile, I was pretty excited to get my picture with him. 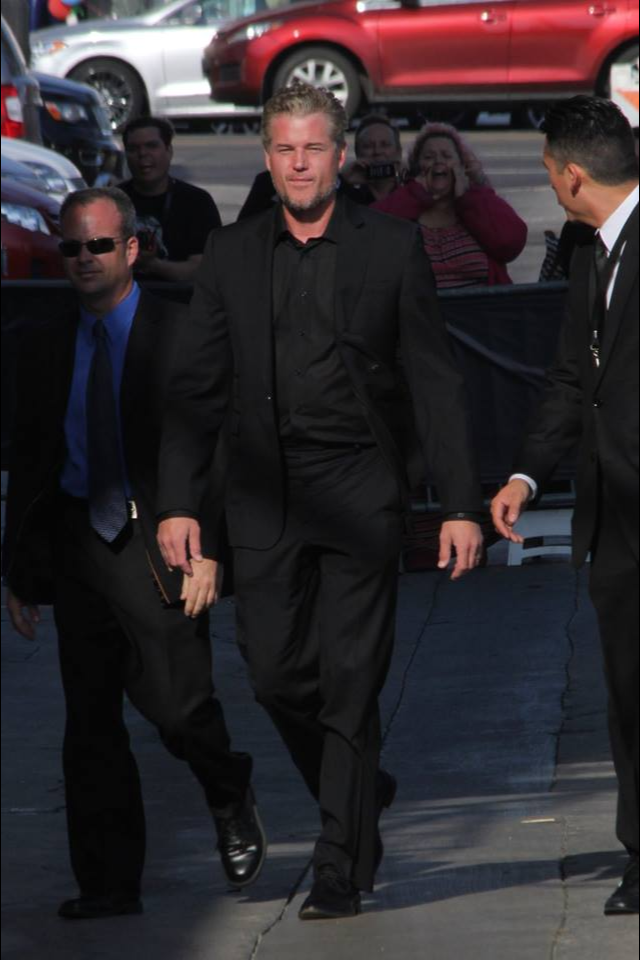 This is him arriving to the show and ignoring us. Look at me pleading in the background (pathetic).
Posted by Pinky Lovejoy-Coogan at Wednesday, June 25, 2014