Lunch with The Goldbergs

ABC held a unique FYC Day last weekend where they set aside one day to feature several shows. Now, the show we were most excited about, sadly, was canceled last week, so I guess I'll have to wait to meet the cast of Roseanne another time (boo!). 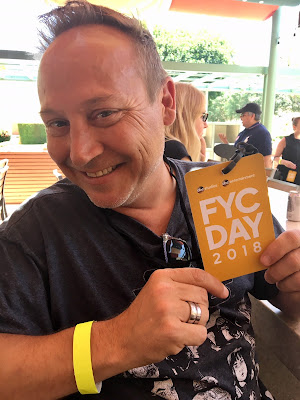 Still, there were plenty of things to be excited about - especially how the day began...with lunch with The Goldbergs! 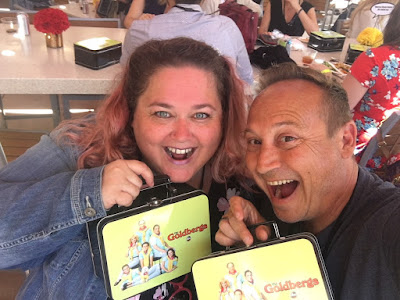 Not only did we get these stellar lunchboxes filled with fun '80s-themed treats, but they had a great buffet with food that was reminiscent of the show. 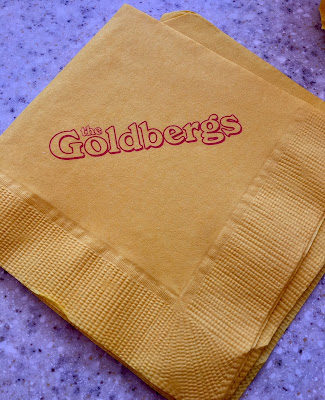 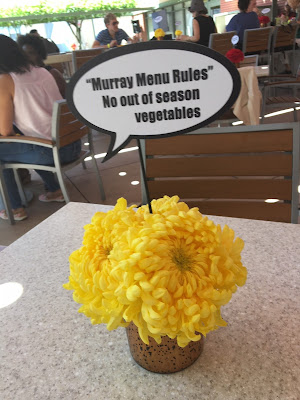 These table settings were my favorite thing - I even made sure to point them out to Jeff Garlin, who plays Murray on the show. He hadn't noticed them yet and thought they were super cool. 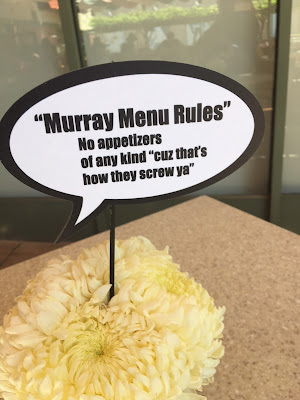 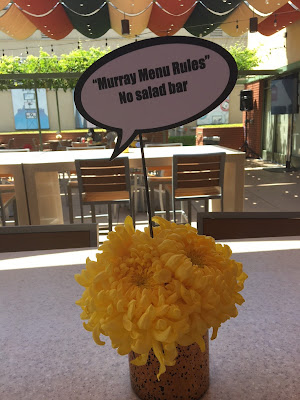 The Schmoopie Station was where I found things I enjoyed - PB&J with the crusts cut off and macaroni and cheese. Delish! 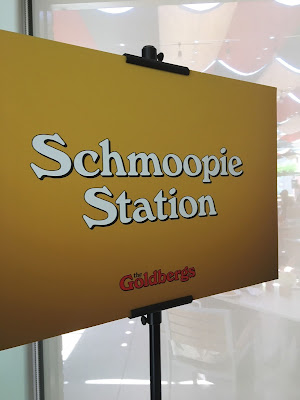 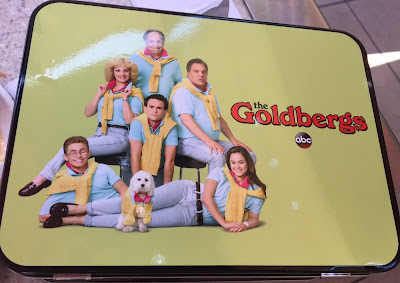 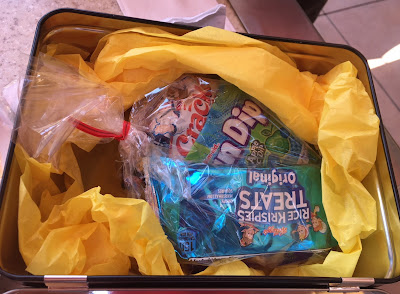 As an added bonus, several members from the cast mingled about the area and took pictures with everyone. Loved it! 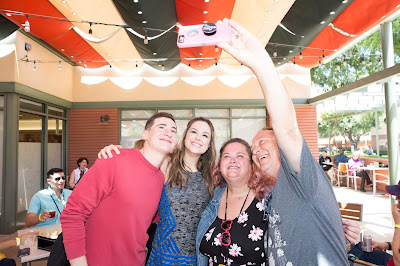 This was taken by the ABC photographer. Such fun!
Posted by Pinky Lovejoy-Coogan at Sunday, June 10, 2018