We ended up seeing several friends old and new at the Denver Comic Con last weekend. 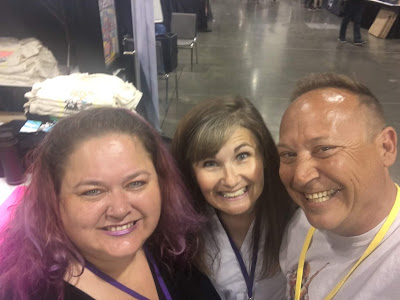 Rachel is the sister of Christian (lead singer of The Aquabats) and she grew up with Keith, as well. 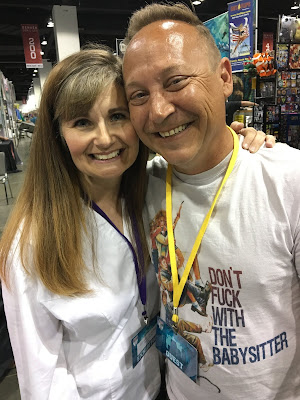 In fact, there's a really cute photo of them when they were little I'll have to share. They used to play brother and sister on shows. She's the sweetest! 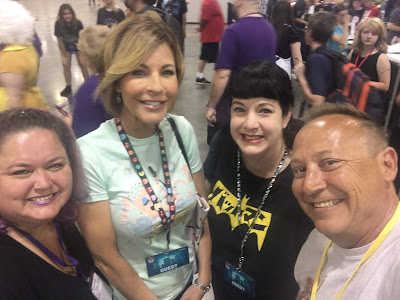 Anne Wheaton (next to me) was there as a book author and also happens to be Wil's wife. 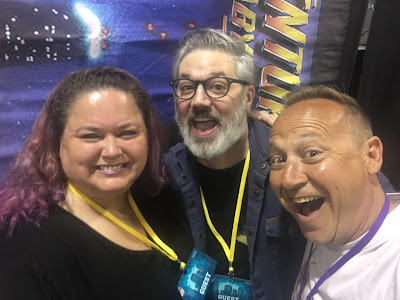 Ryan Lambert had a booth down the way from us. 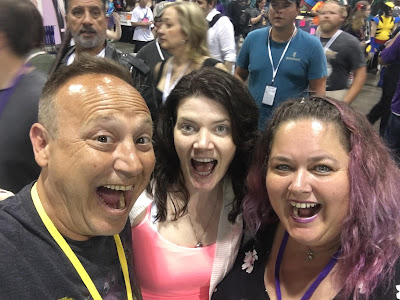 We met Angie in Chicago at Rewind Con and she was also a guest on Keith's tour at Sony Studios. 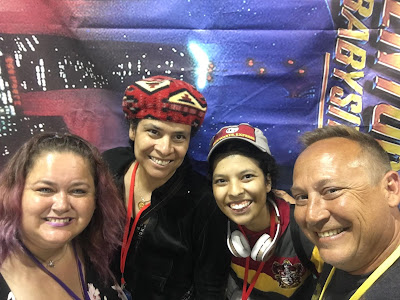 We met these cute girls in Colorado and they came by to see us several times over the weekend. 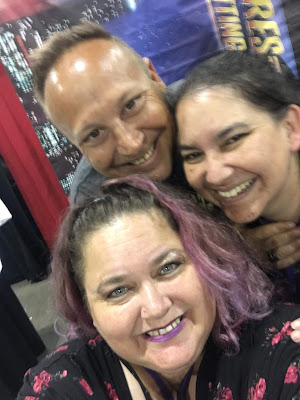 My girl Lizzie was there to meet David Tennant. 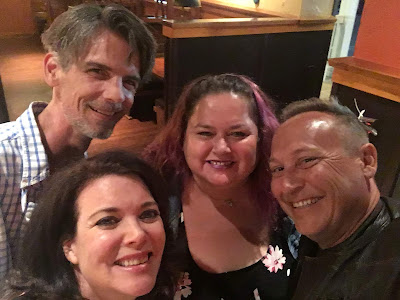 And, finally, we had dinner with these two - Scrappy and Katie - who were both good friends of Keith's back in the day. Great meeting them!
Posted by Pinky Lovejoy-Coogan at Thursday, June 21, 2018