Earlier this week we attended Corey's premiere for his new film, Corbin Nash. 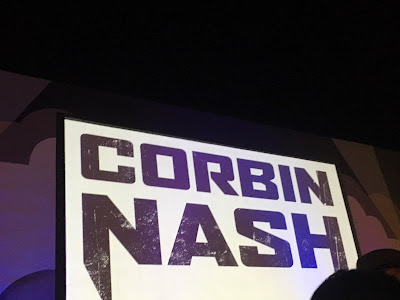 It was held on the rooftop of a hotel in Hollywood and while the venue was super cool, it was also really cold outside. 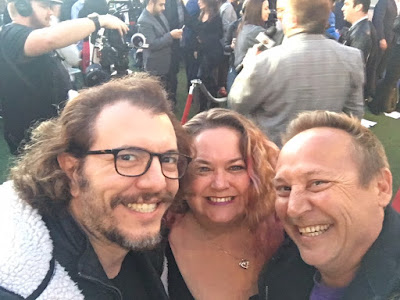 However, it was great to run into our friend Christian who was putting on the event. We love him! 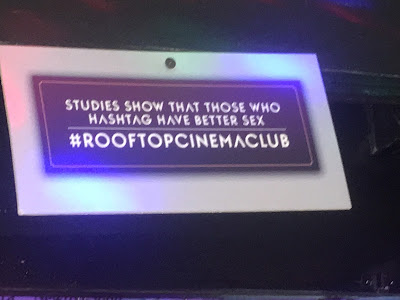 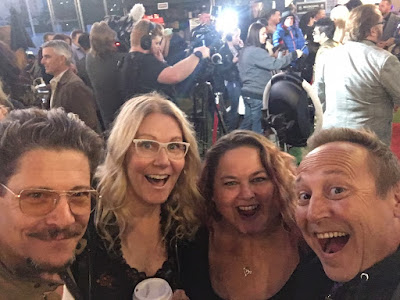 We ran into our friends Bradley Gregg and his wife Dawn Schroder (also Ricky's sister....). They're awesome. 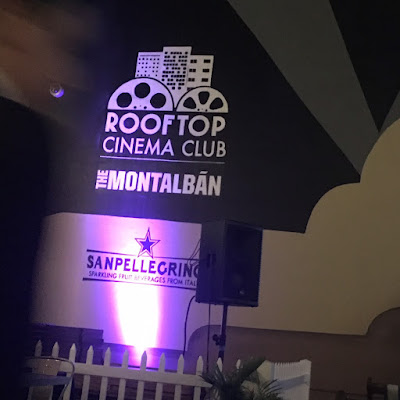 It really was a neat location. 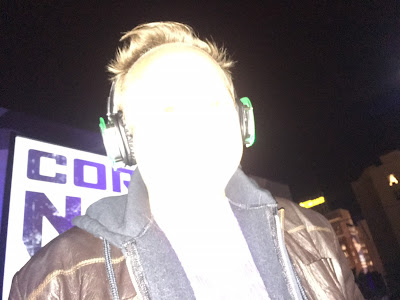 What happened to Keith's face?? 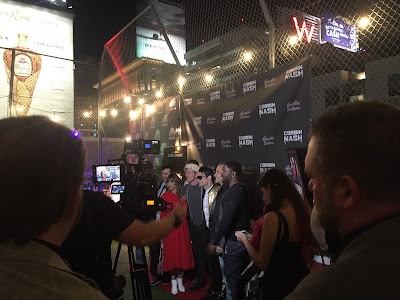 View of the red carpet. 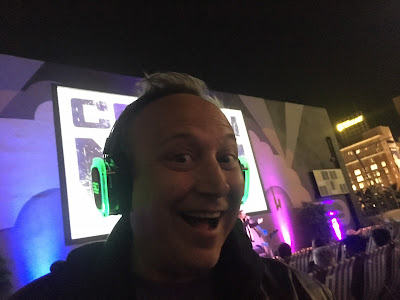 In your deck chair, you listened to the movie on personal headphones. 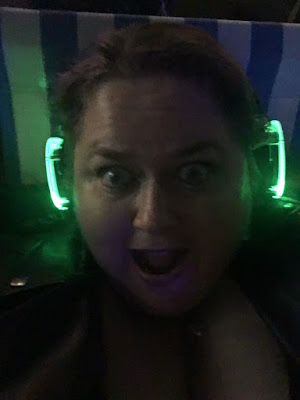 They even lit up! This is Richard Wagner. He played Corey's vampire lover in the film. 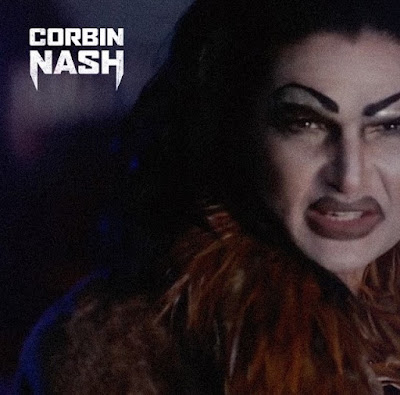 Oh, did I mention it's about vampires? Corey was INCREDIBLE in his role as a vampire named "Queeny." Like, he blew us away. 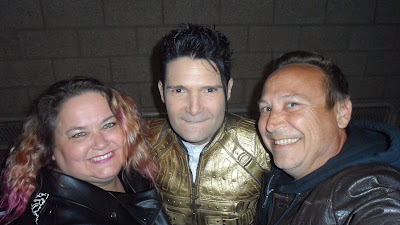 Speaking of Corey, isn't his jacket amazeballs? Loved it. 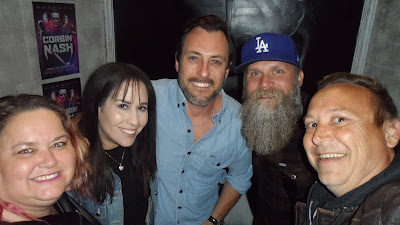 Our friends Sammi, Phil, and a new friend named Evald. 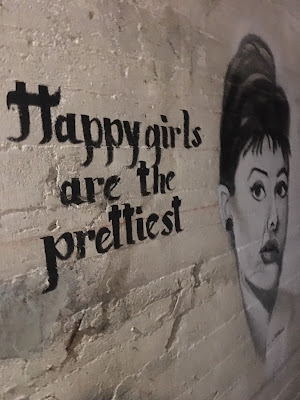 Saw this on the way out and thought it was cool. Fun night out!
Posted by Pinky Lovejoy-Coogan at Friday, April 20, 2018