By now I'm sure you've heard the buzz on the street about the new Netflix series called Stranger Things. The eight episode series is set in the 1980s and feels exactly like watching a classic '80s film. It is brilliantly shot, wonderfully written, and has an incredible cast. 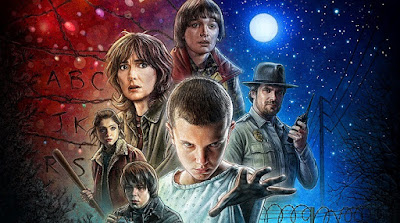 We both went into viewing the series with mild curiosity, but not really expecting to love it as much as we do. And I realize I recommend a lot of things, but I can't express to you just how good this is. I couldn't recommend it more. 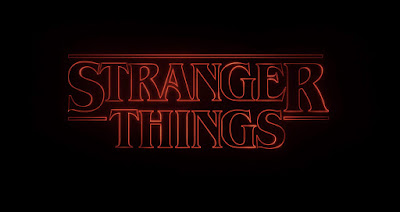 Stranger Things nails all things '80s immediately with its logo design and music. It's done so well you can barely believe it was shot today. 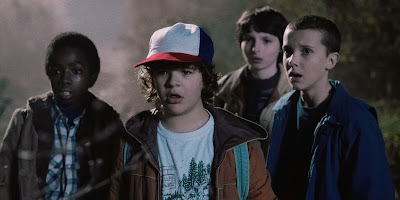 Plus, it's an adult show with child stars who lead and steal the show. They are magnificent. They are perfectly cast. It's SUCH a great show. How do we get Keith on this show? He'd be perfect! 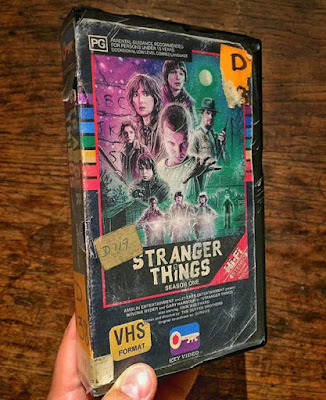 This was some fan art someone did - isn't it perfect?!?! I love it. If you haven't watched it yet, or if you don't have Netflix, there's a free 30 day trial. Sign up. Binge all eight episodes. Repeat. You can thank me later for the tip. :)
Posted by Pinky Lovejoy-Coogan at Friday, August 12, 2016