As a HUGE fan of Ally McBeal back in the day, Greg Germann's character, Fish, was one of my faves. Whenever he'd say "by-gones," I'd just crack up. 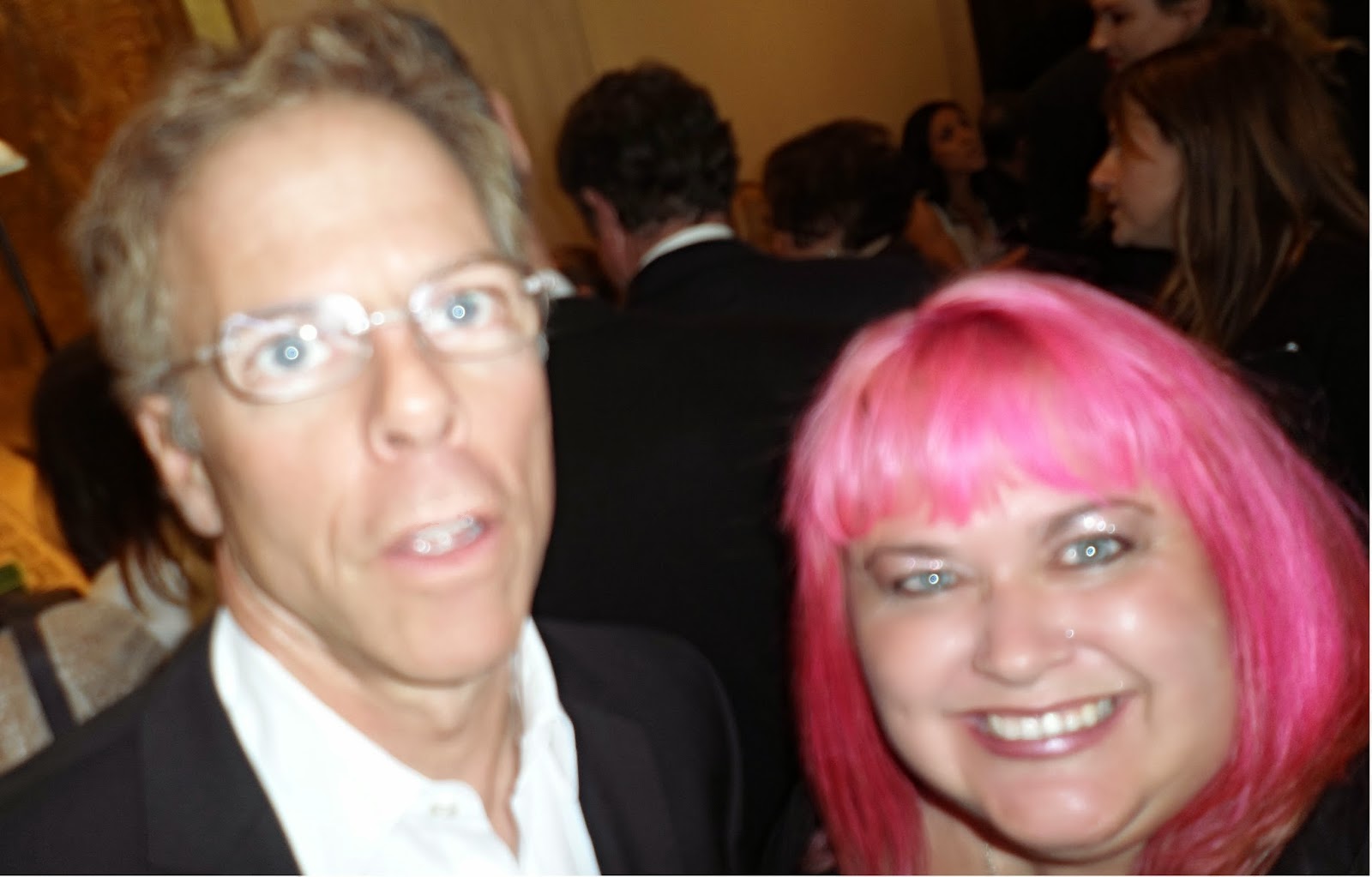 I was so excited when I saw him at the event the other night, that I ran over even without Keith. Apparently, the Universe was displeased with that idea, so my picture was a bit of a blurry fail. 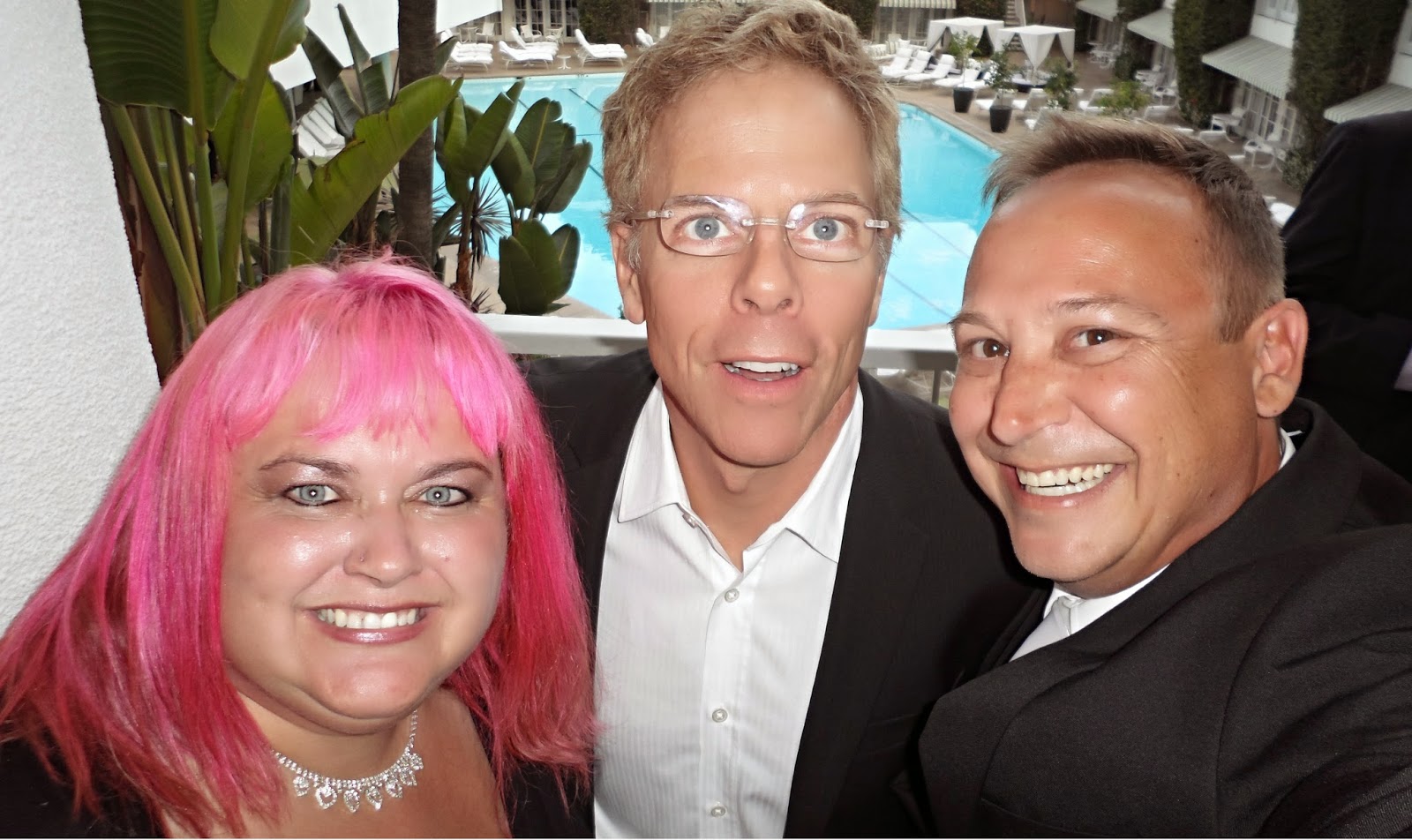 Luckily, Keith and I ended up talking to Greg and his lovely wife later on in the evening and were able to get a re-do. Hooray! Love the pool in the background (I told you it was swanky!).
Posted by Pinky Lovejoy-Coogan at Saturday, May 10, 2014