Searching for The Buried Set

One of the things Keith really wanted to do for his birthday was to go and find the lost set of Cecil B. DeMille's film The Ten Commandments. Legend shows that the set was buried somewhere in the Guadalupe Dunes. 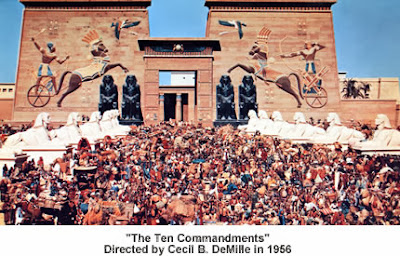 First off we needed to get to the Dunes Center, which is a little museum in Guadalupe which displays remains found from the set. The museum was only open from 10-4 p.m. on Wed-Sun, so we had to make it there before it closed. 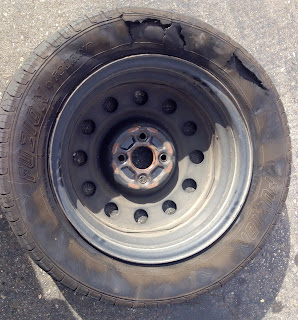 Unfortunately, our tire had other plans, as it exploded as we drove into Santa Barbara. Amazingly, we weren't hurt and were right near an exit. Even better? We were right down the street from a Sears Tire Center. Four tires and too many hours later, we were on the road again....

We pulled into Guadalupe and 3:56 p.m. I made a quick call to be sure they could stay open long enough for us to take a quick look and I'm so glad I did. Not only did they stay open, but the guy who helped us told us lots of history and even told us where we could find the dunes ourselves. 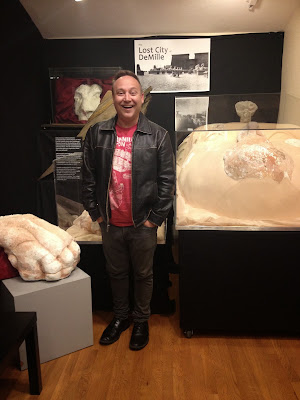 Here's Keith posing with some of the recovered treasure. He was SO stoked! :) 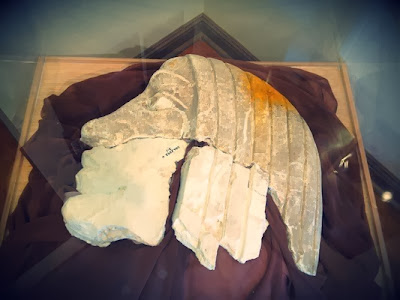 We couldn't believe how big some of the recovered pieces were! It was super cool. When we found the site it was even better (but that never would've happened if we hadn't made it there in time). HUGE thanks to the Dunes Center for their hospitality and staying open for a couple of weary travelers. If you get a chance, you should totally check it out!
Posted by Pinky Lovejoy-Coogan at Tuesday, January 14, 2014