See This: Before Midnight

While I freely admit to completely failing at watching movies at Sundance this year, I did get to see the one film I was dying to see: Before Midnight. Yes, I was super bummed that Ethan Hawke didn't attend the premiere, but it didn't detract me from my undying love for this film franchise. I adore this film series; I adore these characters; and I was more than happy to reconnect with what feels like "old friends." 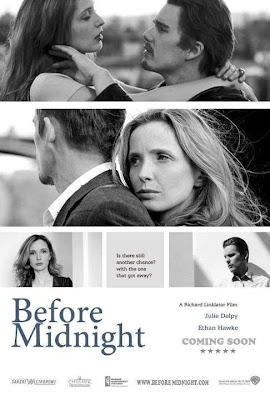 Like the two films before these, Before Midnight is centered around Jesse and Celine, a pair of star-crossed lovers, if you will, who are now raising twins and trying to make their relationship work after nine years together (having only spent two nights together in the 18 years before that). 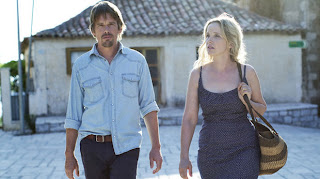 While I was excited to see them interacting with other people at a dinner, the real meat of the story happens in the last hour when they go to a hotel and end up fighting all night. The film is realistic - maybe a little too realistic at times - and it completely and totally portrays a couple trying to make it work in "the real world." I love these two and have missed them. I love hearing their arguments, their discussions, their thoughts. I could watch them all day long.

If you haven't watched the first two films, Before Sunset and Before Sunrise, I highly recommend rushing out to get them immediately. Then you'll be more than prepared to enjoy the wonder that is Before Midnight. It's perfection. I loved it.
Posted by Pinky Lovejoy-Coogan at Tuesday, January 29, 2013