It's no secret that my love for Pauly Shore is deep and true. I've had a crush on him since, well, ever, and he still cracks me up. I love following him on Twitter because he always posts pictures of people he meets (usually hot girls). 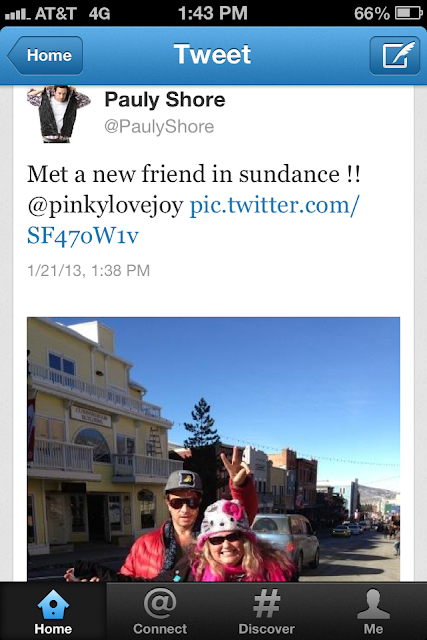 Yesterday when we saw him on Main St. I told him how much I enjoyed his Twitter and he said we should snap a pic for Twitter and he'd post it. WHAT?!!? Mind. Blown. Sure enough, a few minutes later, there I was on his Twitter. How cool was that?!?! Can I just pretend for a second that I was a hot girl? :) Come on, I'll just pretend for a second... 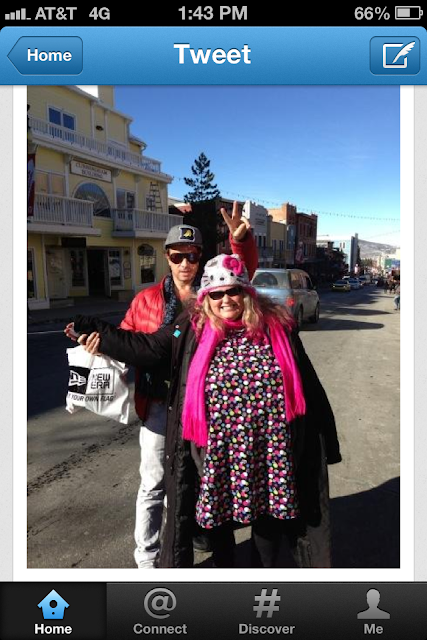 We took a million pics, but this is the one he actually posted. He said he liked my outfit. It was probably just the hat. It's been killing all week. 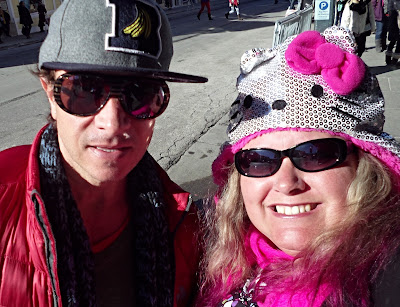 Here's the pic I took with my camera. LOVE HIM. I gave him my card. Shouldn't we be on a hot date by now? Sheesh.
Posted by Pinky Lovejoy-Coogan at Tuesday, January 22, 2013