Behold, the final grouping of pics from our Yestercon fun.... 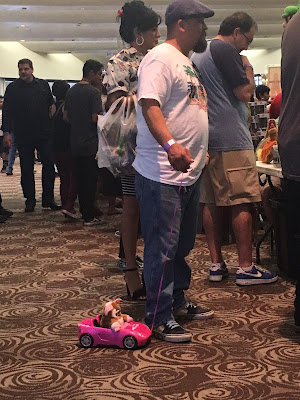 I loved this guy who walked around with a Furby Gizmo driving a pink corvette. 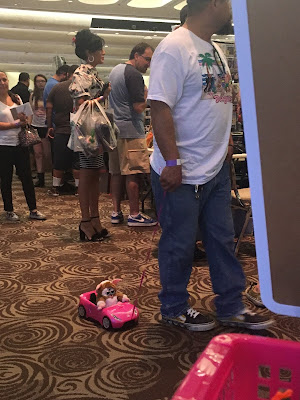 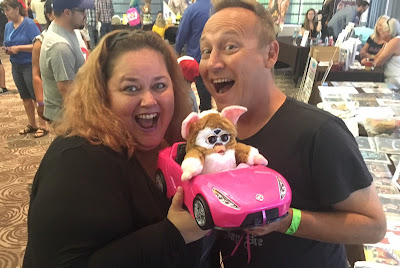 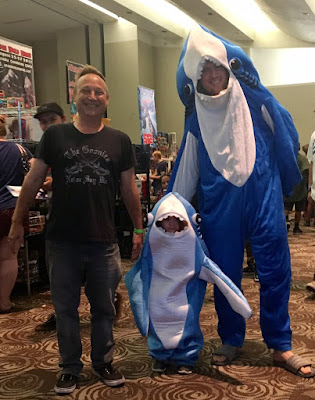 Oh, just Keith hanging out with a couple of sharks. 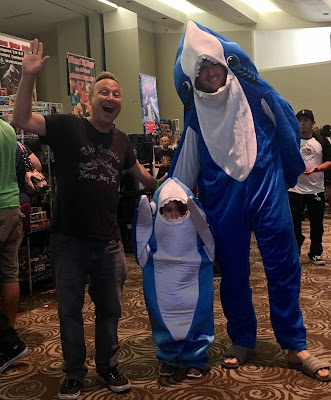 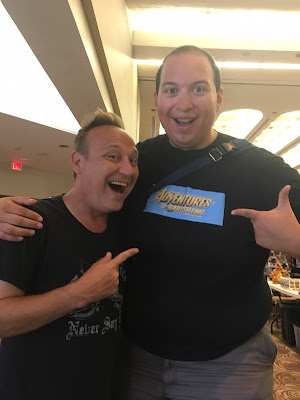 This fan bought his shirt in San Francisco and wore it to the show! How cool is that?!? 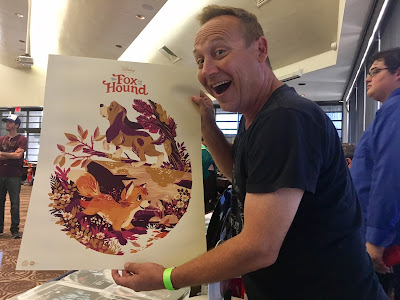 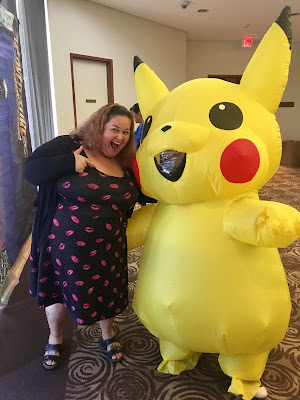 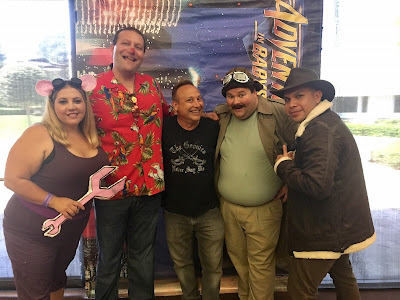 These guys were dressed up as the Rescuers Down Under. 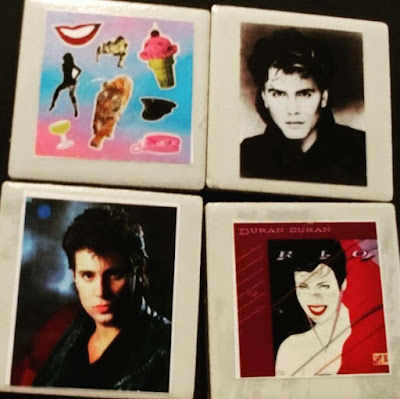 Some magnets I made to fill a special order.... 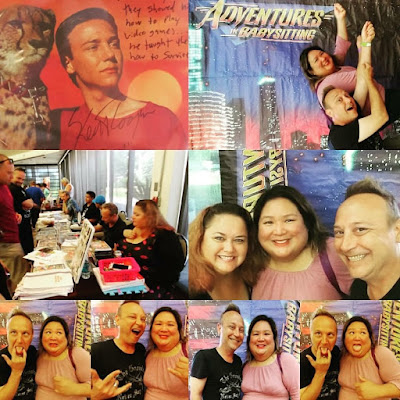 These pics were taken by Prima who was the one who ordered the magnets. We see her all over - super cool chick! 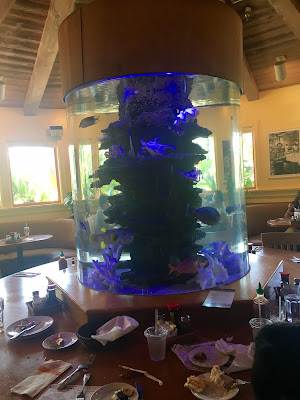 Alas, a half hour before the event ended, someone called in a serious bomb threat and the entire place was evacuated. Super scary! We had to leave all our merchandise and drive as far away as we could get. The worst part was that one of Keith's fans had driven from San Diego and had just arrived when we were evacuated. We felt terrible that we couldn't take care of him! A few hours later we were able to get back into the building, but in the meantime we had dinner over at King's Hawaiian which had this super cool fish tank on display. Neat!
Posted by Pinky Lovejoy-Coogan at Thursday, August 10, 2017