While we were in parts unknown to us the other day, we came upon the filming hotel location for GLOW. It was such a cool location! 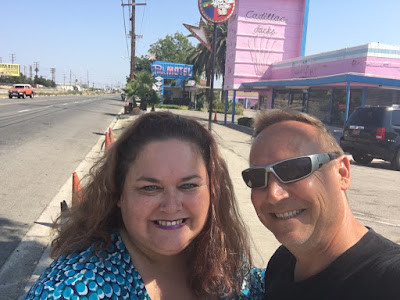 I mean, aside from it being called the Pink Motel, it had an adjacent diner that looked like it had awesome milkshakes. Neither the motel or the diner were still in service, but at one time I'll bet it was a great place to stay! 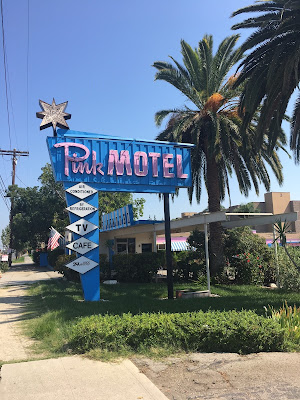 They were also filming something while we were there and had signs everywhere not to take pictures. We were rule breakers, as you can see. 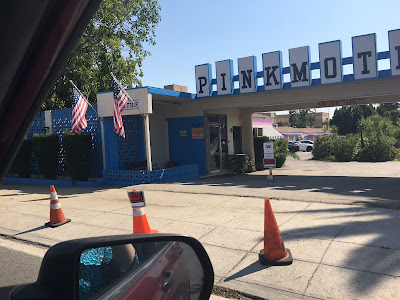 Of course, this picture was actually taken from the car, since we got scared to walk past the cones. 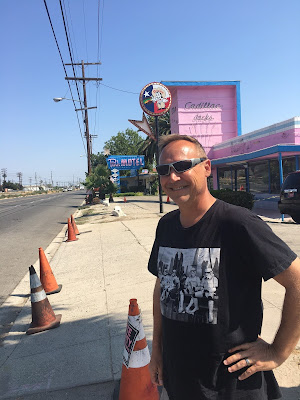 My handsome hubs!
Posted by Pinky Lovejoy-Coogan at Tuesday, August 08, 2017