When I was in high school, I became obsessed with the soap called Another World (which, sadly, is no longer on the air). 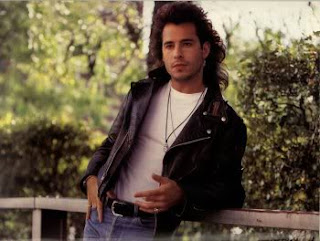 The reason for my obsession was this handsome young character named Dean Frame (played by Ricky Paull Goldin). 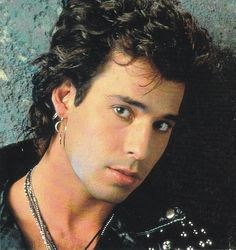 Here's what's funny to me - I totally forgot about my obsession, as it happened 25 years ago. That is, until I saw Ricky at a memorial service. Then, I couldn't stop looking at him and trying to figure out how I "knew" him. 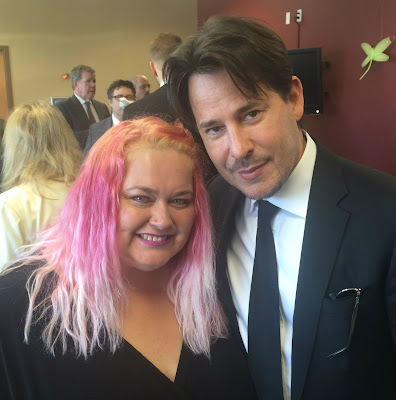 When we heard he was an actor, Keith looked him up on imdb.com and I realized that this was the same Dean Frame of my dreams. I was DYING! 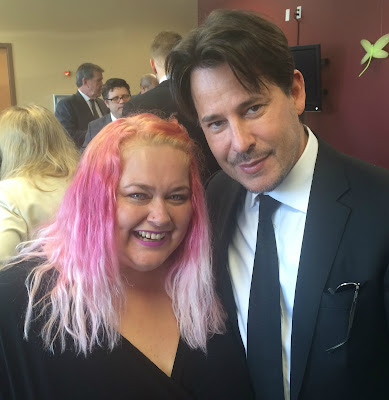 I mean, just look at the excitement on my face. I was thrilled! 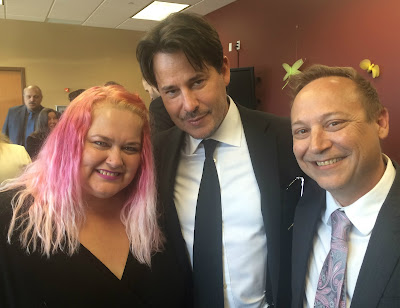 Granted, I don't make it a habit to attend memorial services and look for ways to get pictures with any attendees. However, as other people were already taking pictures, I figured I was OK. 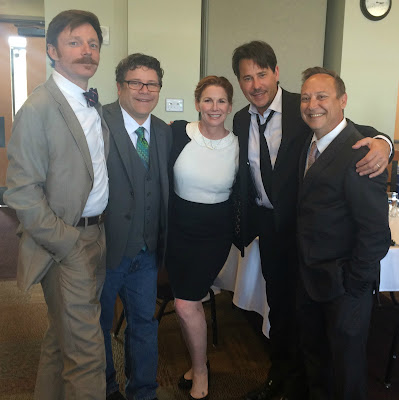 Later, after the reception, another group shot was taken including all the actors in attendance. Great shot! So happy to have met Ricky!
Posted by Pinky Lovejoy-Coogan at Monday, April 25, 2016