One of my new favorite shows is Mozart in the Jungle, which is streamed on Amazon Prime. I started watching it after it won the Golden Globe and quickly fell in love with its beautiful story telling, interesting characters, and fantastic cast. 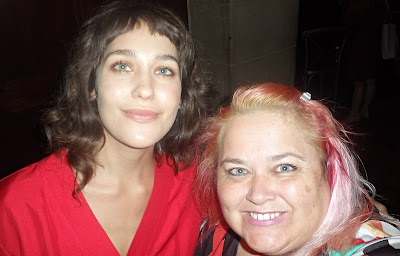 Speaking of the cast, one of my fave cast members is Lola Kirke who plays Hailey on the show (or, as Gael calls her, HI-lee). 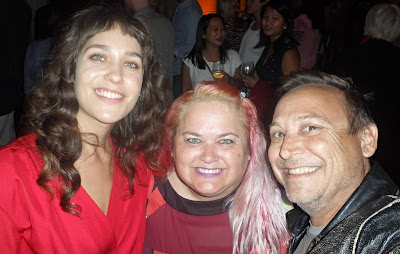 Lola was adorable, but I'm SO glad I asked her for another picture! I hadn't even seen how awful the first one was, but just had a feeling it wasn't great. I love the second one, though! Wahoo!
Posted by Pinky Lovejoy-Coogan at Friday, April 22, 2016