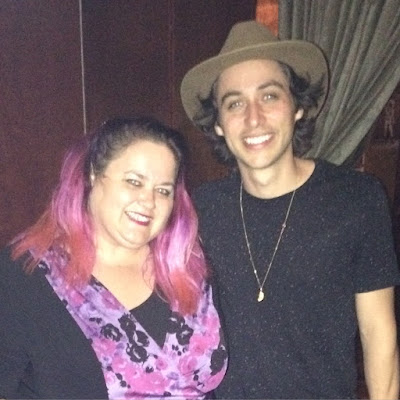 His music is amazing and my dad and I are huge fans. We've basically bought every album he's ever put out. 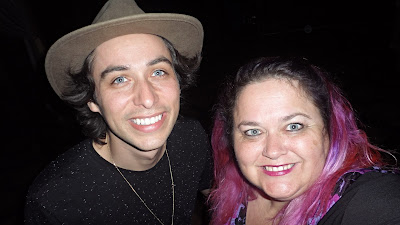 Since he cut his hair, I was worried I might not recognize him, but thankfully that wasn't the case. I was able to grab him before his performance the other night and snap a few pics together. Such a cool guy! Wahoo!
Posted by Pinky Lovejoy-Coogan at Thursday, April 07, 2016