Saturday ended up being a realllllly looooong day. 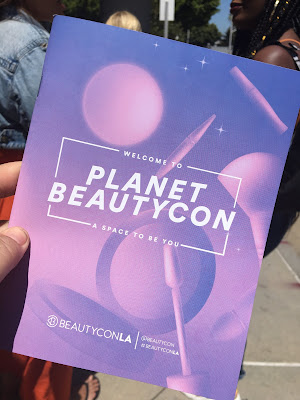 Not long ago I read that Drew Barrymore herself would be doing a meet & greet at Beauty Con. While I had no desire to attend, I couldn't pass up the opportunity to hopefully meet Drew. I LOVE her! 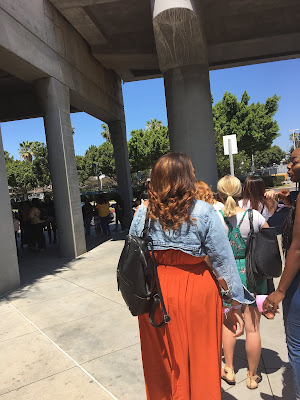 And this is where my husband became a HERO because he saved me from having to fend for myself for parking and dropped me off at the event. Now, I probably should have gotten there WAY earlier, as the lines to get in were RIDICULOUS and in this heat they were even worse. 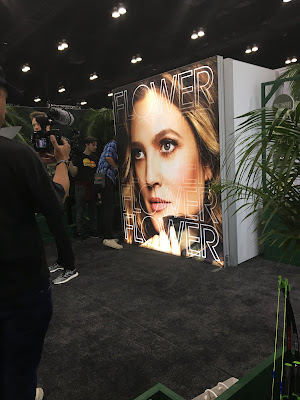 Still, I couldn't have done it without him (and we avoided that whole losing-the-car-downtown fiasco we had before, so WIN!). 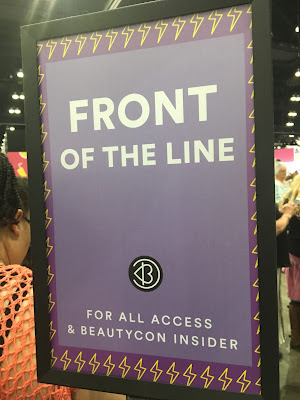 Once I finally got in, I headed straight to Drew's booth where I waited for another really long time. Still, totally worth it! I wish I'd been at the front of the line, but instead I stood near the sign.... 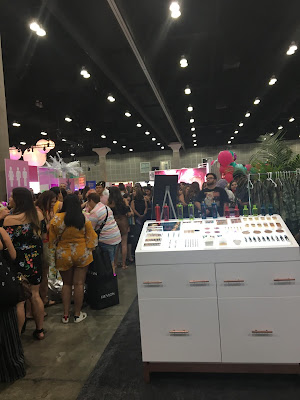 While the line started way ahead of me (this is the line above). 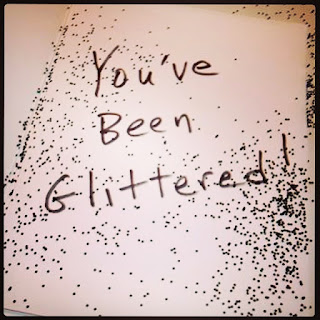 While in line, I also got glitter bombed which, fun fact, apparently never comes off. Several showers later and still some glitter remains! GAH! It was definitely an adventure!
Posted by Pinky Lovejoy-Coogan at Wednesday, July 18, 2018