On Friday night we were lucky to attend a rare Q&A with Leonardo DiCaprio following a screening of his latest film, The Revenant. 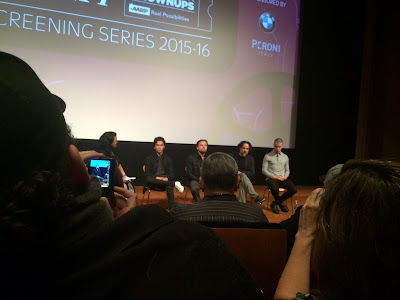 While it's true that Leo is INCREDIBLE in the film, I'm fairly certain I'll never be able to sit through the film again. It is VIOLENT with a capital V. 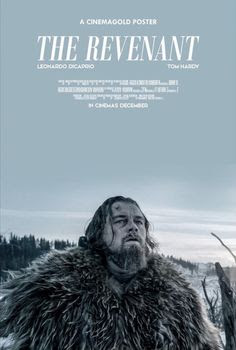 But, Leo was amazing. Give him the Oscar already. 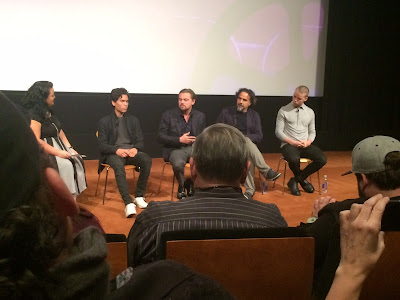 The Q&A was odd in that they never opened it up for questions from the audience. In all my years of attending Q&As, I've never seen that before. Of course, I've also never had to go through a metal detector to see a movie before, but we had to do that, too. So, I guess it was new stuff all around.
Posted by Pinky Lovejoy-Coogan at Monday, December 21, 2015