A few weeks ago, I was shocked to win tickets on the radio to the Comedy Store Festival. 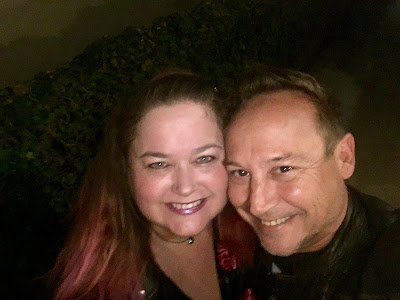 The lineup seemed great, except apparently it changed a bit by the time the show started. Thankfully David Spade was still on it - he's my fave. 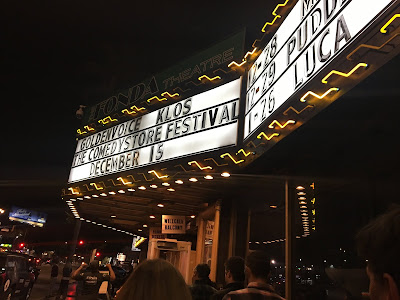 The bummer part of the whole thing was that despite the radio station calling me a multitude of times to make sure we were going, at no time did they say that seating was limited and if we didn't get there hours early we wouldn't get a seat. I've never been to a comedy show where everyone couldn't sit down. It was ridiculous. 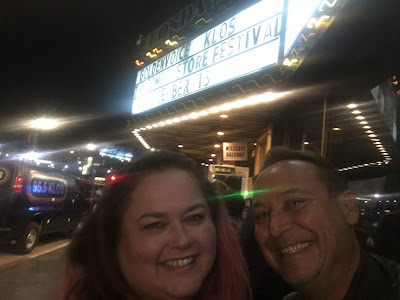 Thankfully one of the workers took pity on me and let me borrow their seat, but it wasn't a great situation. I was seated in the middle of a bunch of people standing and could barely see the stage. Not a fun night after all. 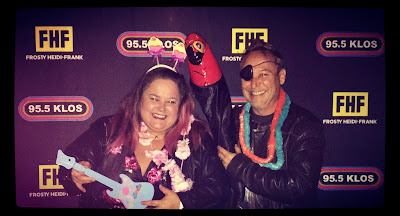 Still, we tried to make the best of it. Here's a photo op we took which also slowed us down and prevented us from getting the few remaining seats. Boo. But, hey, thanks (?) for the tickets!
Posted by Pinky Lovejoy-Coogan at Thursday, December 20, 2018