Can we just talk about the fact that last week I was mere feet away from the glorious and beautiful Margot Robbie?!?! 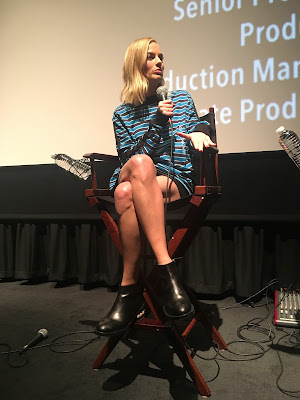 I basically need to say thank you to the Universe for making this happen because it was the strangest thing. I found out she had a Q&A at a theater in Santa Monica which was open to the public. The trouble was that by the time I found out about it, it was all sold out. 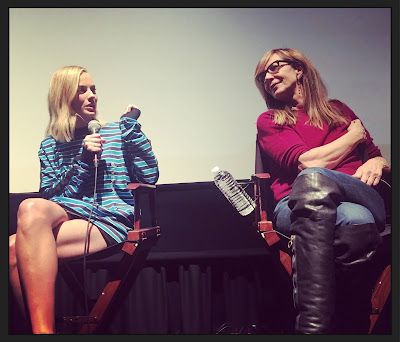 Not wanting to give up, I kept trying the website to see if any seats had opened up. Again, this was silly because the ONLY way I had a chance to get a picture with Margot was to sit in the very front row in the middle seat, but these seats had to be purchased in advance, so I was sure there'd be no way to get one. Undetermined, I kept trying and a few hours before the screening happened, a miracle occurred: the front row middle seat became available!!! Of course I bought it immediately. 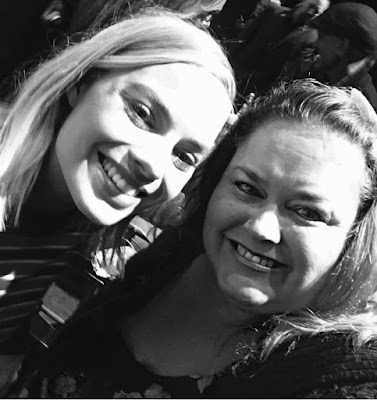 As soon as the screening ended and before she was even out of her seat, I had asked Margot for a picture. She was so sweet! Sadly, security was rushing up right as the camera went off and they pulled her away (but not before my picture!). So stoked! Thanks again, Universe!
Posted by Pinky Lovejoy-Coogan at Saturday, December 16, 2017