As you know, my primary reason for attending the FanX convention (formerly known as Salt Lake City Comic Con) was to meet the one and only Robby Benson. 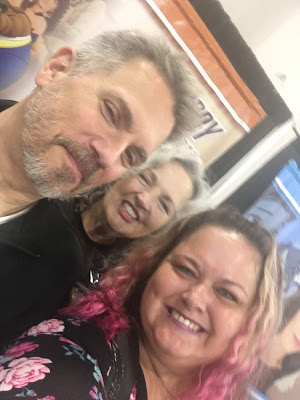 As soon as we got to the convention, I went to find Robby's booth. His wife, Karla, was so sweet, I had to get her in the pic, as well. 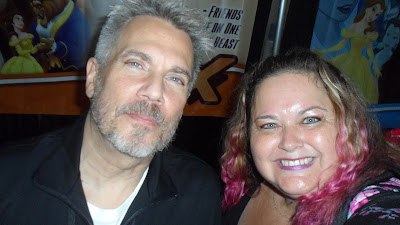 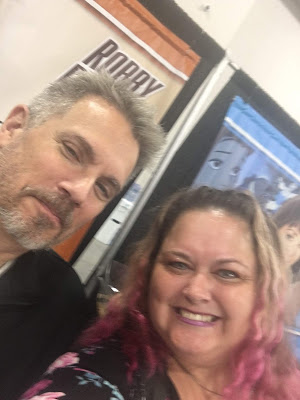 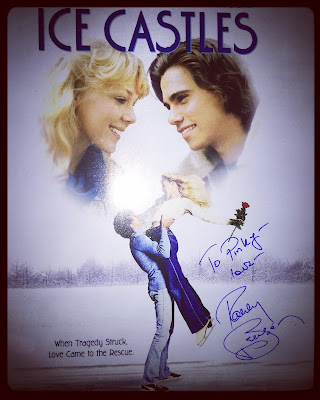 I'm not usually big on autographs, but I made an exception for this one. If I ever see Holly-Lynn Johnson again, I can get her to sign it, too. :) 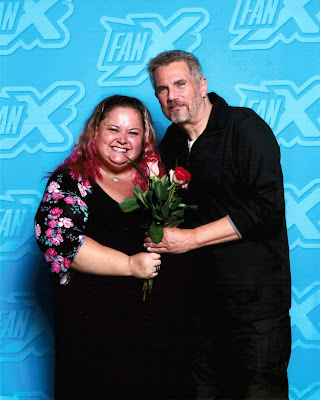 So, this was our first professional picture. I didn't like that the flowers were blocking my face. 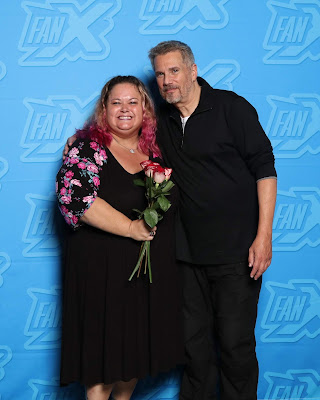 However, this one isn't much better. Oh, well.
Posted by Pinky Lovejoy-Coogan at Tuesday, September 11, 2018