I spent Friday night at the FYC event for The Crown and actually really enjoyed the episode they screened for us. I'd watched several episodes of the first season when it came out, but then kinda grew tired of it and have never continued. Perhaps I should revisit that. 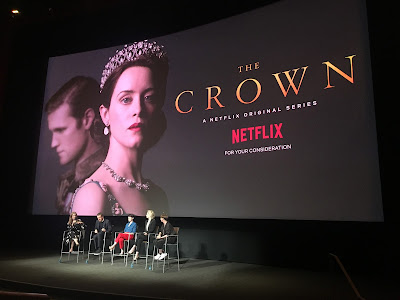 The panel was comprised of the show creator, Claire Foy, Vanessa Kirby, and the costumer. 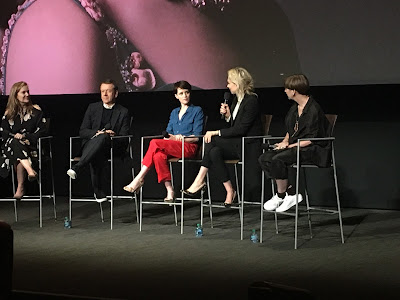 Someone else was supposed to be there, but apparently he was a no show. 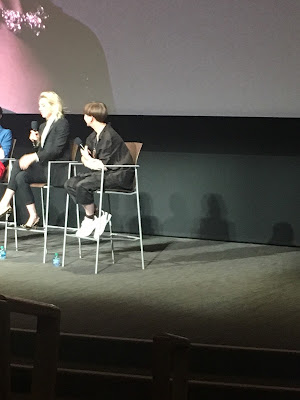 Full disclosure: I was transfixed by the costumer. Did she cut her hair using a bowl? Why was she wearing a parachute made into a jumpsuit? I mean, one would think she'd have better taste in clothes. 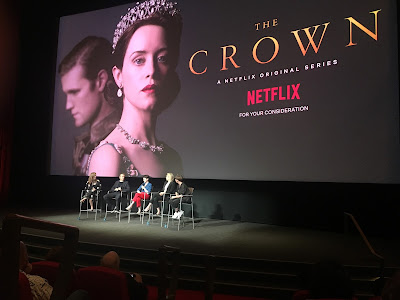 Still, the reception was nice and the cast mingled, so all in all it was a lovely evening.
Posted by Pinky Lovejoy-Coogan at Tuesday, May 01, 2018