Thankfully, when Sam Heughan got out of his car for the Outlander event the other day, he came over to greet the fans waiting in line to get in. Normally they'd have a reception and an opportunity to mingle with the cast members inside, but unfortunately, while they did have a reception, the cast members didn't join. So, I'm super excited that I didn't squander the opportunity to get a picture when he came over! 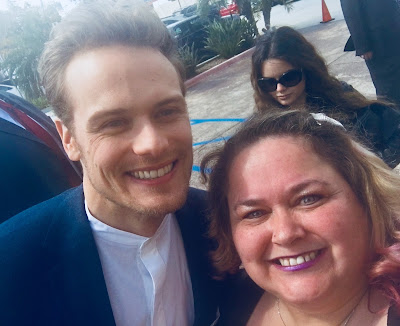 Of course, I do wish the picture were better. I should have had Keith take it or something. 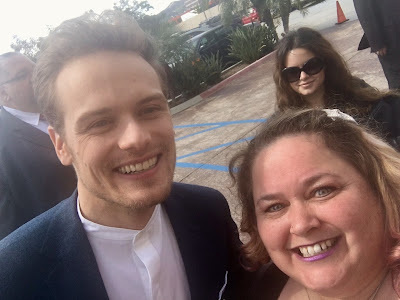 I was so looking forward to my picture without his beard, but he almost looks unrecognizable. 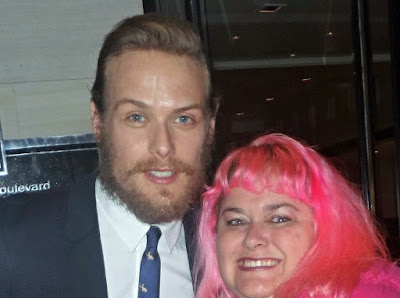 This was the first time I'd met him...he was so sweet (still is). We ended up chatting for a bit. 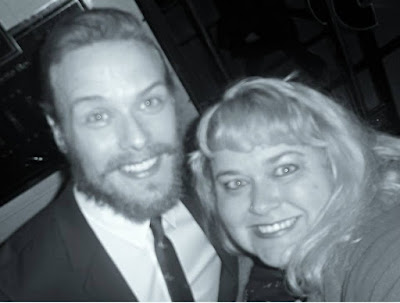 But compare the pictures - now, I religiously watch the show and know for a fact it was him both times, but man, the pictures look different. I mean, it's been a few years, but still. Was it the angle? He looks good regardless (I doubt that he's ever not looked good), but you have to admit the pics look very different, right?
Posted by Pinky Lovejoy-Coogan at Tuesday, March 20, 2018