We were lucky to meet Cherie Currie at the Hollywood Show last year.... 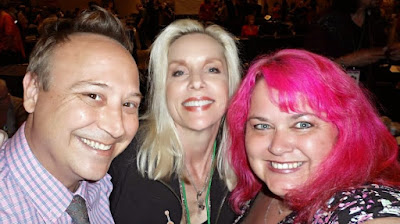 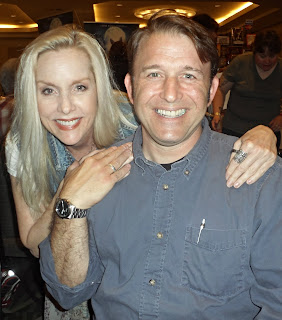 This year we were there with our own table, so it was fun to get to know her better. My favorite thing was watching her fangirl out on Ilan Mitchell-Smith from Weird Science by telling him about her crush on him growing up. At first he had no idea who she was, which just made me giggle. I had to take a pic of them together - they're so cute! 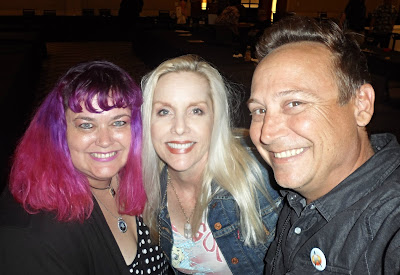 Later on we were able to grab our own pic with Cherie. So fun!
Posted by Pinky Lovejoy-Coogan at Monday, August 24, 2015