The D23 Convention was held this past weekend and we had a booth on Saturday from 10-4. It was kind of a tight squeeze between his play, but luckily everything worked out. 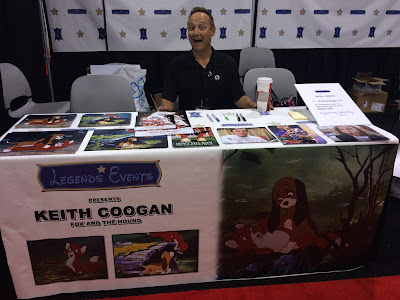 Here's my hot guy sitting at his cool booth. 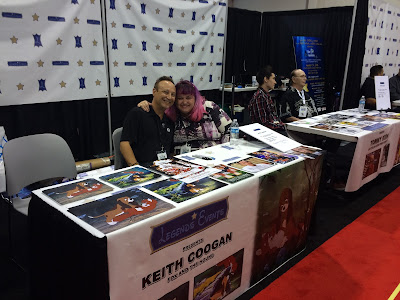 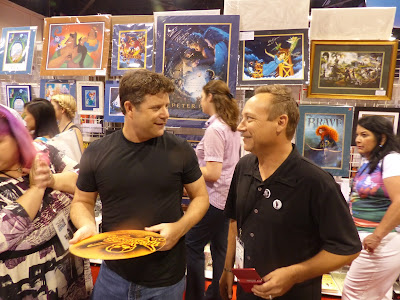 The best part about the show was that both Sean Astin and Corey Feldman were right by us. Keith hadn't seen Sean in forever and it was awesome to spend time with him and his beautiful family. 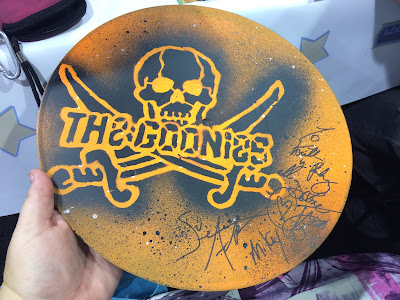 Plus, we got our Goonies wall art signed by both Sean and Corey! 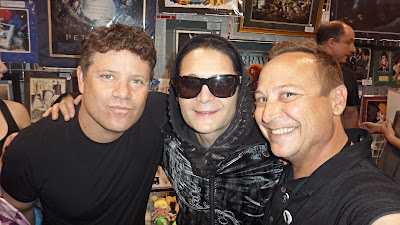 So neat to see the three of them together. They've all been friends since they were young. 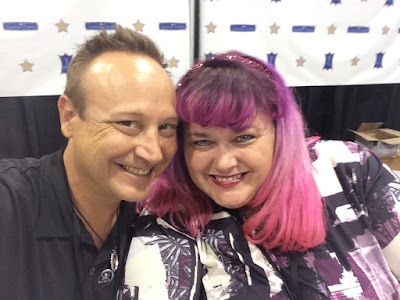 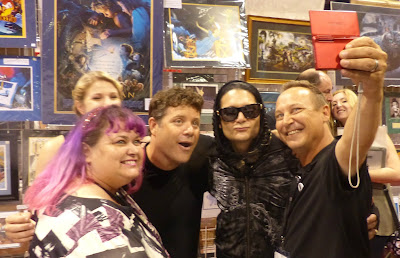 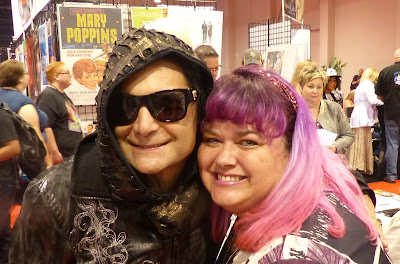 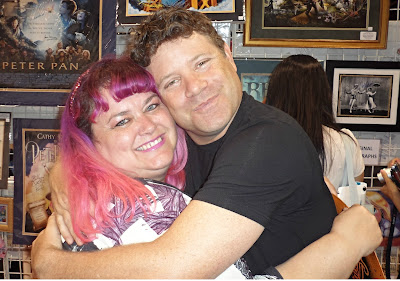 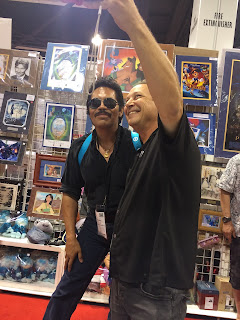 Keith also ran into Art Camacho who was his director on The Power Within. 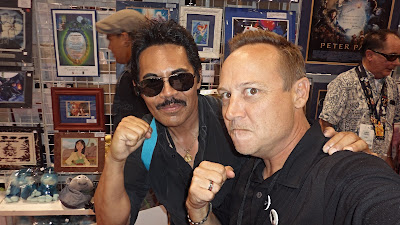 Super cool guy! Lots of fun was had by all at the show.
Posted by Pinky Lovejoy-Coogan at Tuesday, August 18, 2015