Last night we went to see the hysterical David Spade, Nick Swardson, and Corey Feldman perform in a show together at Largo. We weren't really sure what to expect from Corey, but wanted to show our support. 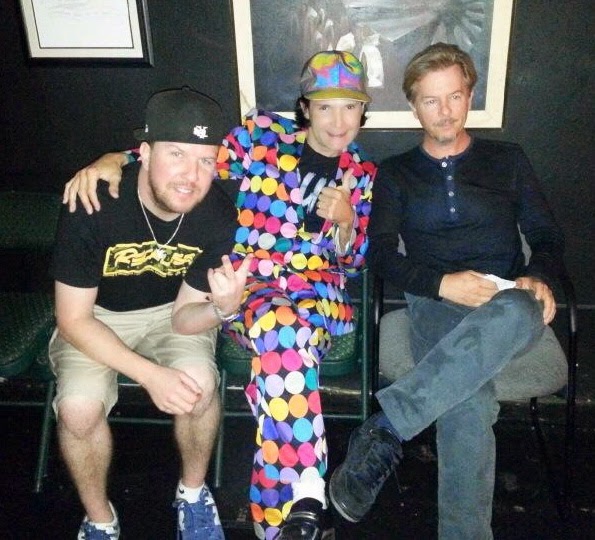 Sadly, no pictures were allowed inside, but Corey did tweet this picture out later. I was dying to take a picture of the suit he wore. It cracked me up. Was hoping to see him after the show, but we think he snuck out the back. 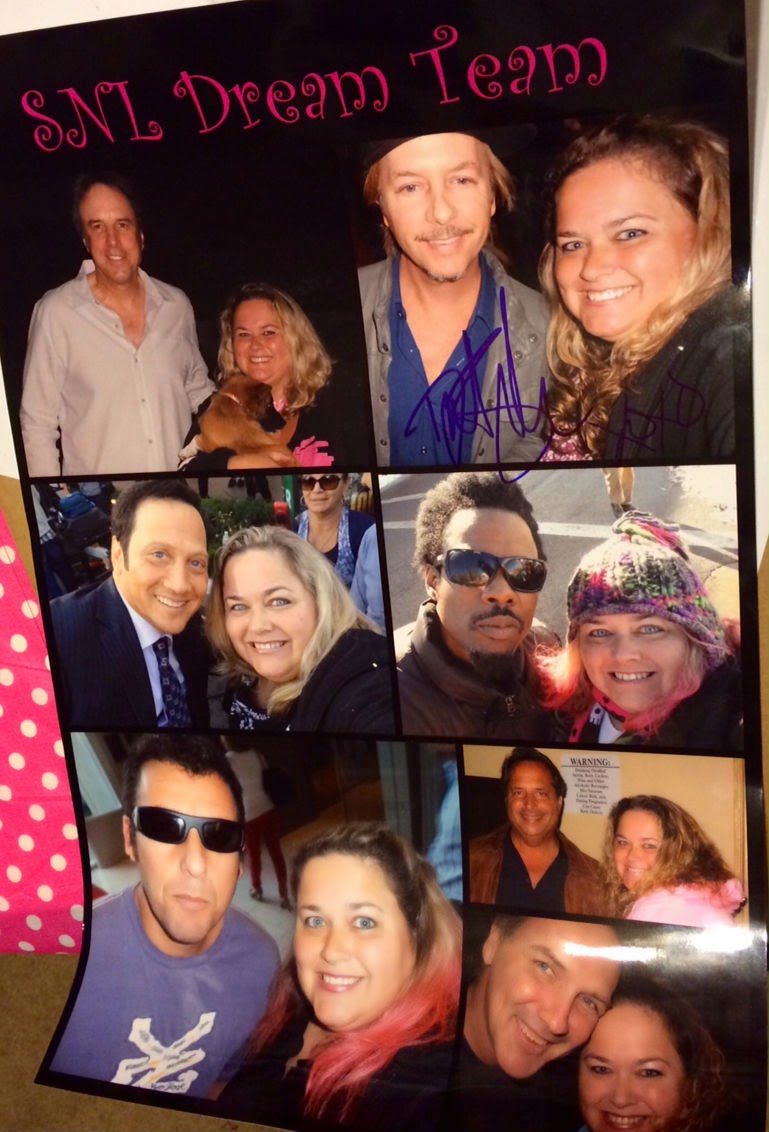 David Spade, however, did not sneak out, and we had an awesome encounter. I love that he put "XOXO" after his signature - although it's so embarrassing that I had him sign my silly collage. He must think I'm the biggest dork ever (if you'll recall, I once had him sign a picture of me posing at his star - I really am a dork!).
Posted by Pinky Lovejoy-Coogan at Friday, August 22, 2014