After Keith's epic party, we went to the park for the Rise of the Resistance cast preview. We went the night before (which was the day after the party) and met our friends visiting from Texas (who'd flown in for the party) for dinner and to see the World of Color show. 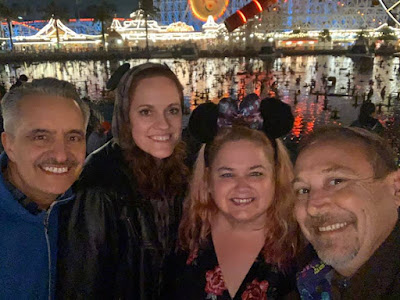 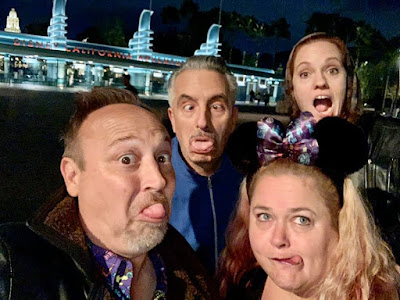 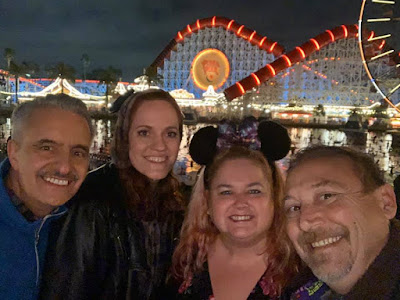 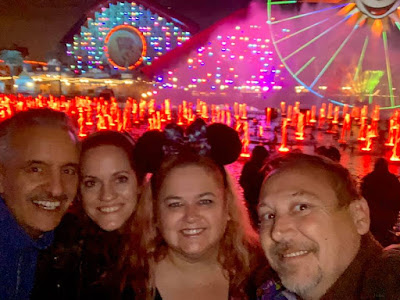 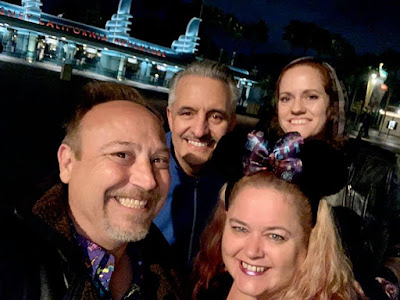 I'm not sure which was better - the amazing dinner or the show! Both were soooo good! 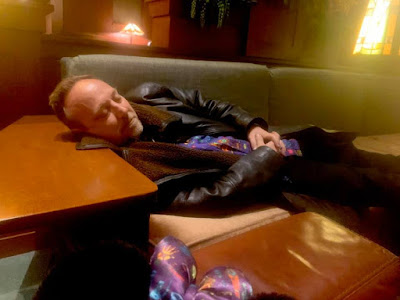 The only drawback was that we were BEAT! In between dinner and the show, we took a little cat nap in the lobby of the Grand Californian Hotel. Here's Keith catching some zzzzz's. So cute!
Posted by Pinky Lovejoy-Coogan at Saturday, February 08, 2020