See This: Eddie the Eagle

Last night I was able to catch a sneak peek of Eddie the Eagle, which is a film based on Olympic ski jumper Eddie "The Eagle" Edwards' life. 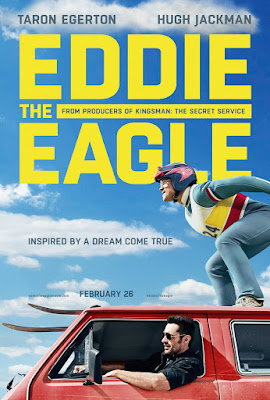 Although I'd never heard of it before, I quite enjoyed the ride. It was a fun, feel good movie that keeps you laughing, rooting for the underdog, and constantly hoping for the best. I was practically out of my chair clapping by the end. 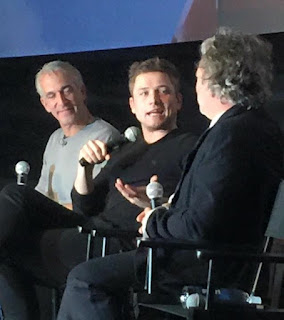 After the film, there was a Q&A with the film's lead, Taron Egerton, who was adorable. Hugh Jackman was also supposed to be there, but cancelled at the last minute. Boo. Regardless, if you're looking for a fun film, check it out next month when it's released on February 26th.
Posted by Pinky Lovejoy-Coogan at Friday, January 29, 2016