I'll tell you what - I haven't been this excited about a new event in a really long time. And I guess it's not really new (as it started in 2012), but it is to me. I mean, I guess I'd heard of it before, but didn't really understand how everything worked.

At Ilan's screening the other night, we met his awesome friend named Heather who also happens to run Street Food Cinema. She invited us out to try it sometime and then mentioned that a few members from Grease would be there the next night. Um, what now?! But more on that in a minute...

The set-up is really cool. The series moves around to various parks in the LA area every Saturday night and has this great blow-up screen to project the movies on. In addition to music playing when you arrive... 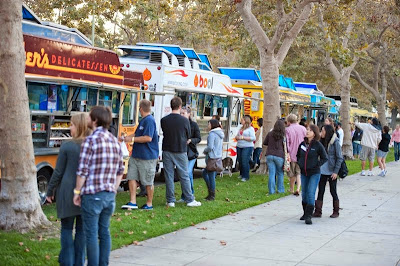 They also have all these incredible food trucks to pick from! Delish! Of course, you could always bring your own picnic meal, as well. It's totally up to you! 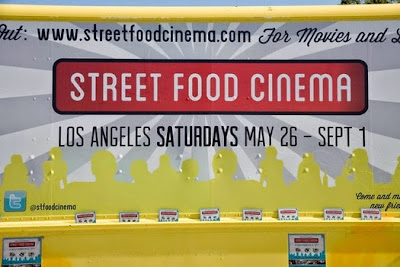 The movies run from May through September and they are films we all love! Most of the locations are dog friendly (but everything is clearly explained on their website - www.streetfoodcinema.com). 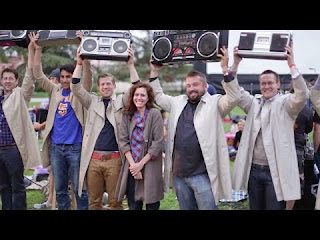 Look how fun this shot is from when Ione Skye went to a screening of Say Anything! Love it! 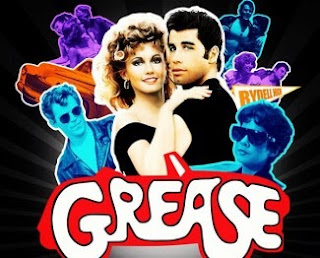 We ended up going Saturday night because I couldn't wait to check out the set-up and I LOVE the movie Grease. 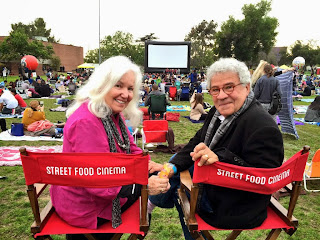 Here are Jan Donnelly (she played Jan) and Michael Tucci (he played Sonny) hanging out before the film. 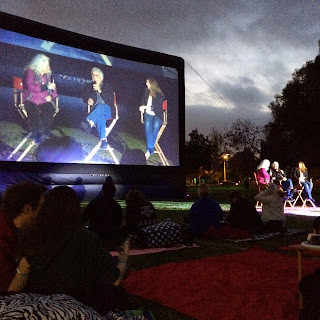 They even had a Q&A before the movie, which was a lot of fun. Never in a million years did I think I'd be able to see a Q&A at a Grease screening! 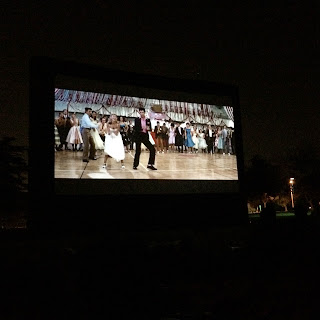 But the best part was actually just watching the film on the big screen. I never realized that Grease was a film that had come out before I was old enough to go the movies, so I'd never seen it on anything other than a small TV. It was so neat to see it how it was meant to be shown! 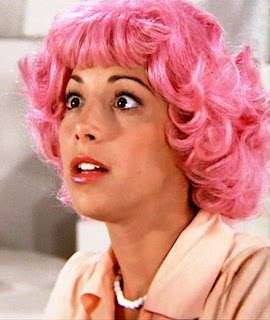 Side note: As the screen was so big, I noticed that Frenchie's hair is the exact same hue as mine. Coincidence? And should I be concerned that this was the look that made her quit beauty school? :)

We had a great time and will definitely go back! Thanks again, Heather!
Posted by Pinky Lovejoy-Coogan at Tuesday, May 12, 2015