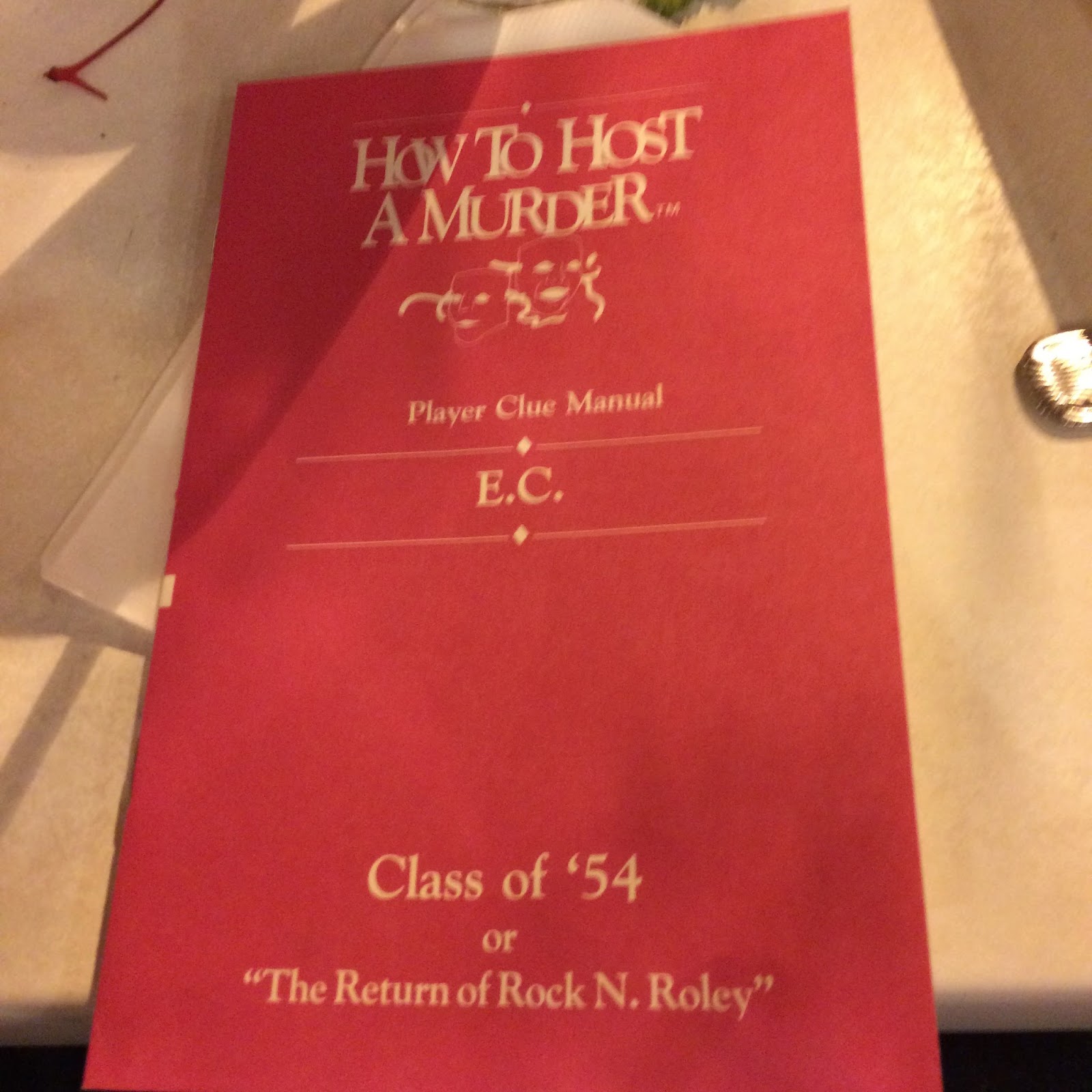 I'd never done anything like that before and it was a fun idea. 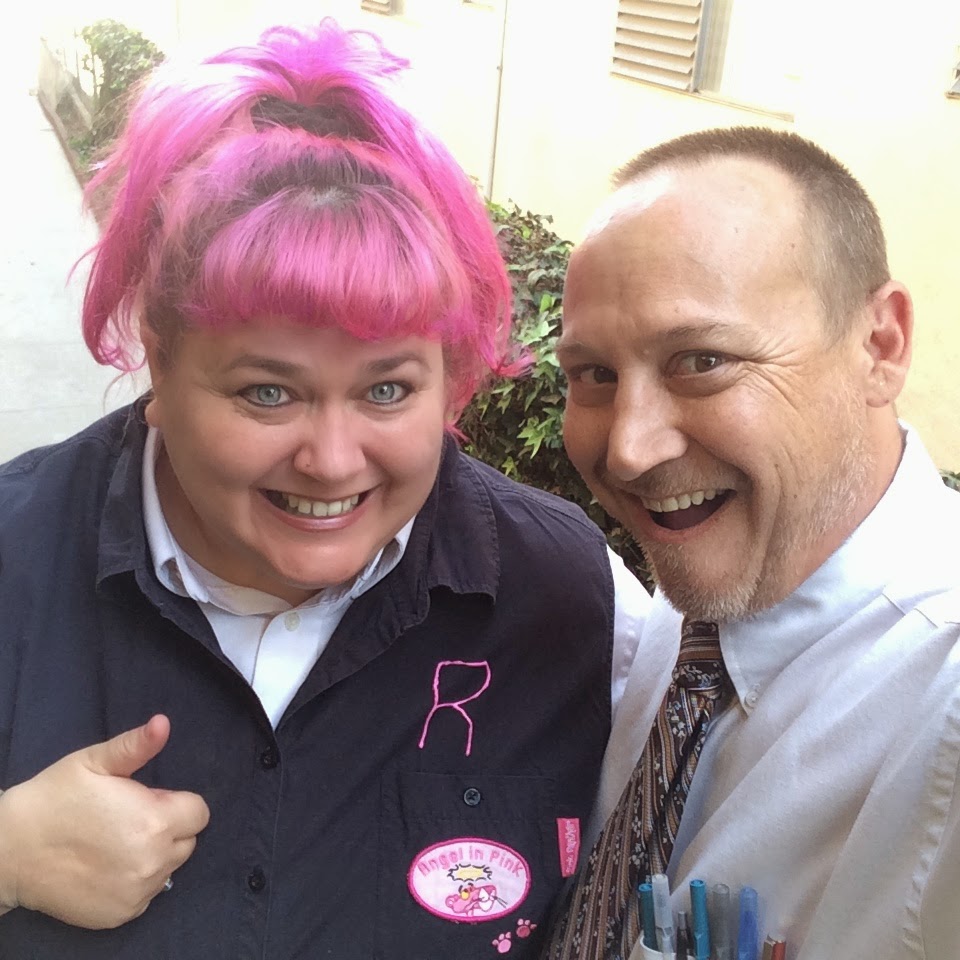 We'd been sent character descriptions in the mail before the party which told us what we should wear. I was an ex-cheerleader who had an "R" on her shirt and Keith was a nerd (hence the pens). I think we pretty much nailed it. 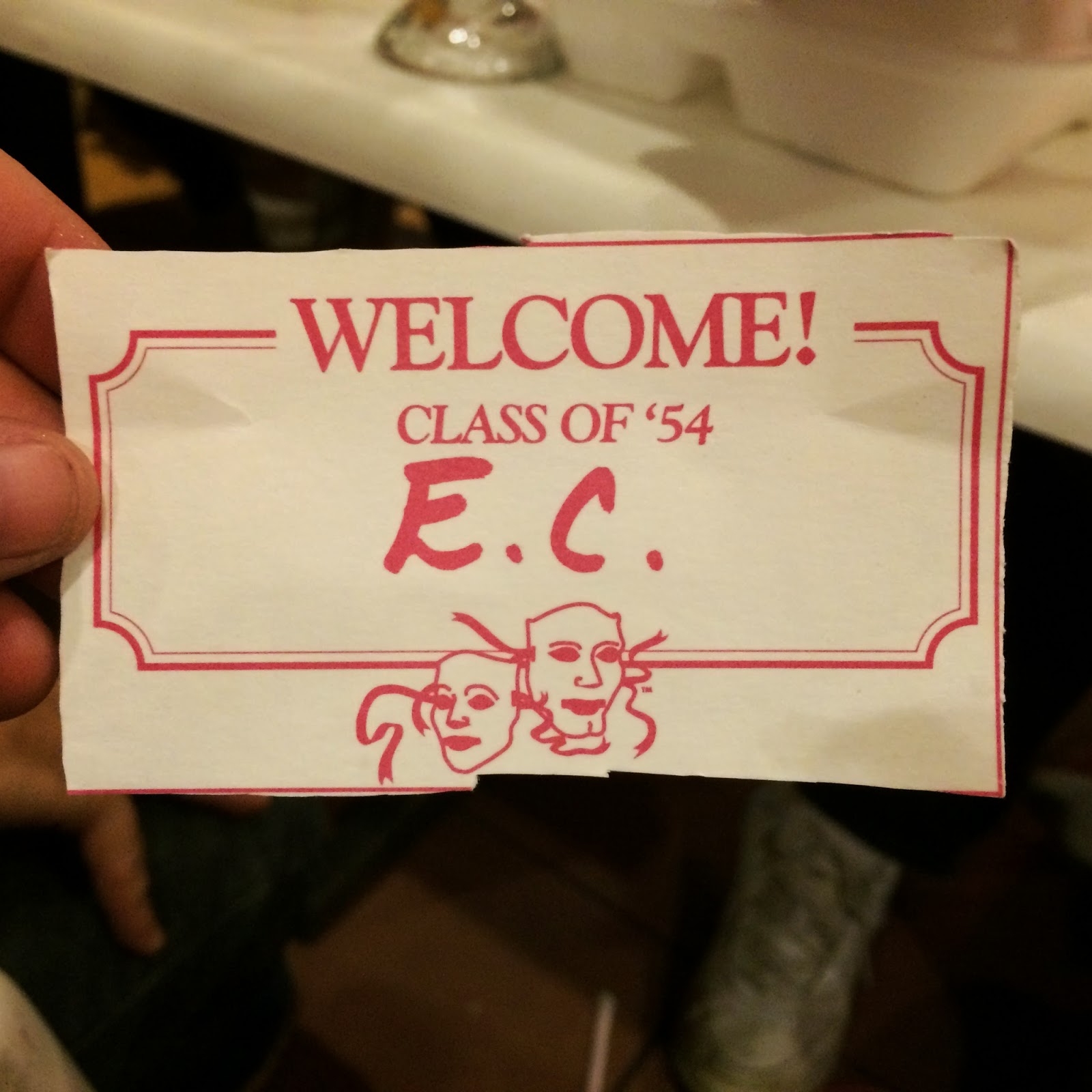 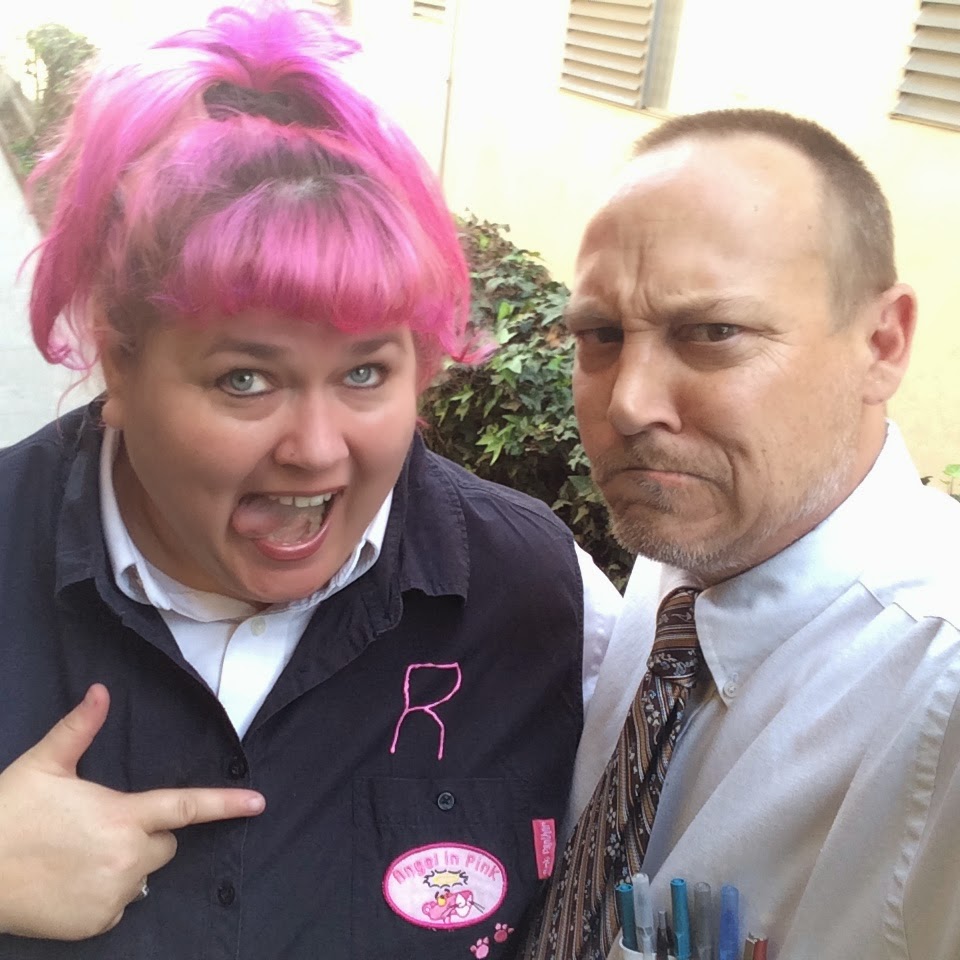 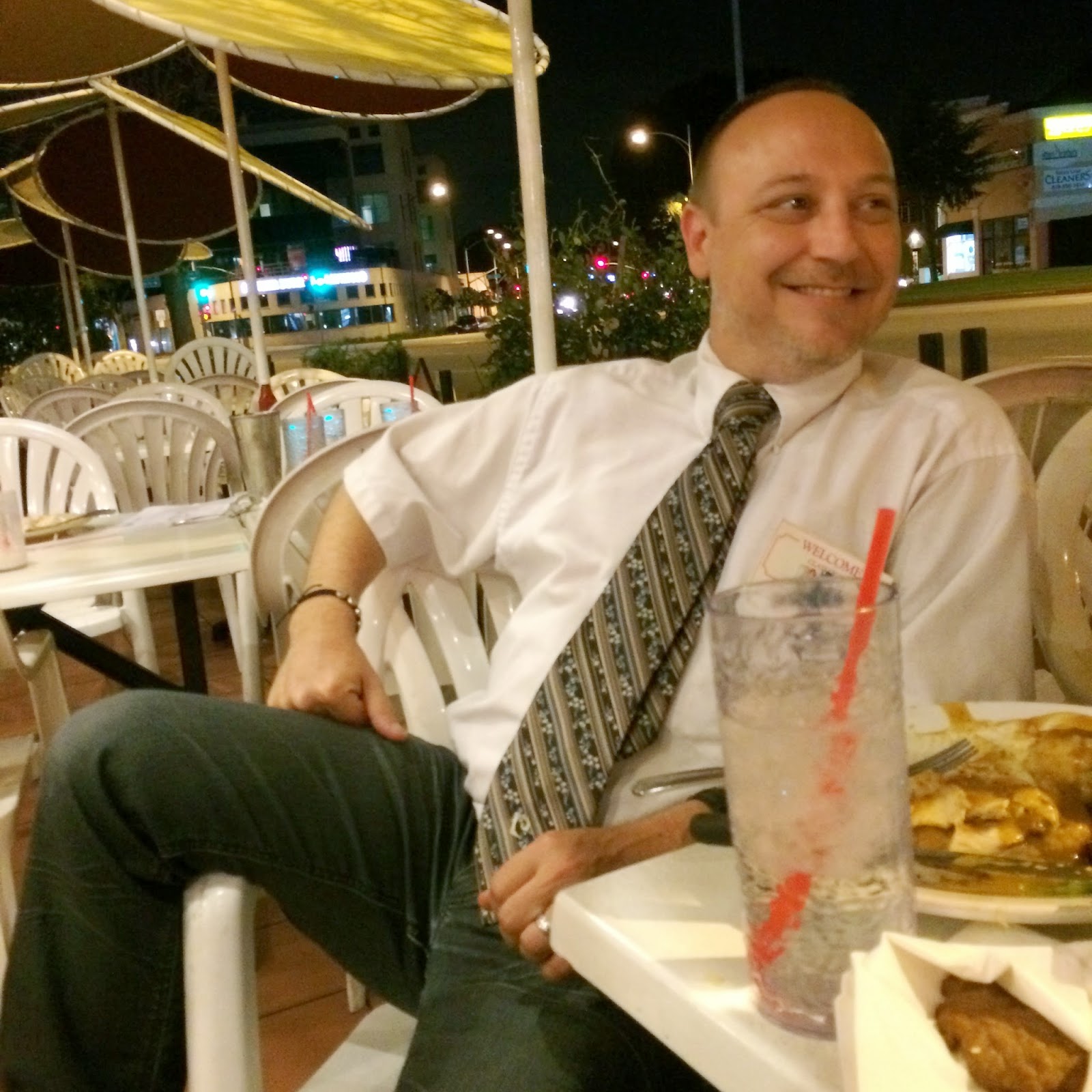 Here was Keith during the dinner trying to figure out who did it (only to discover at the end of the night that he was the murderer after all!). 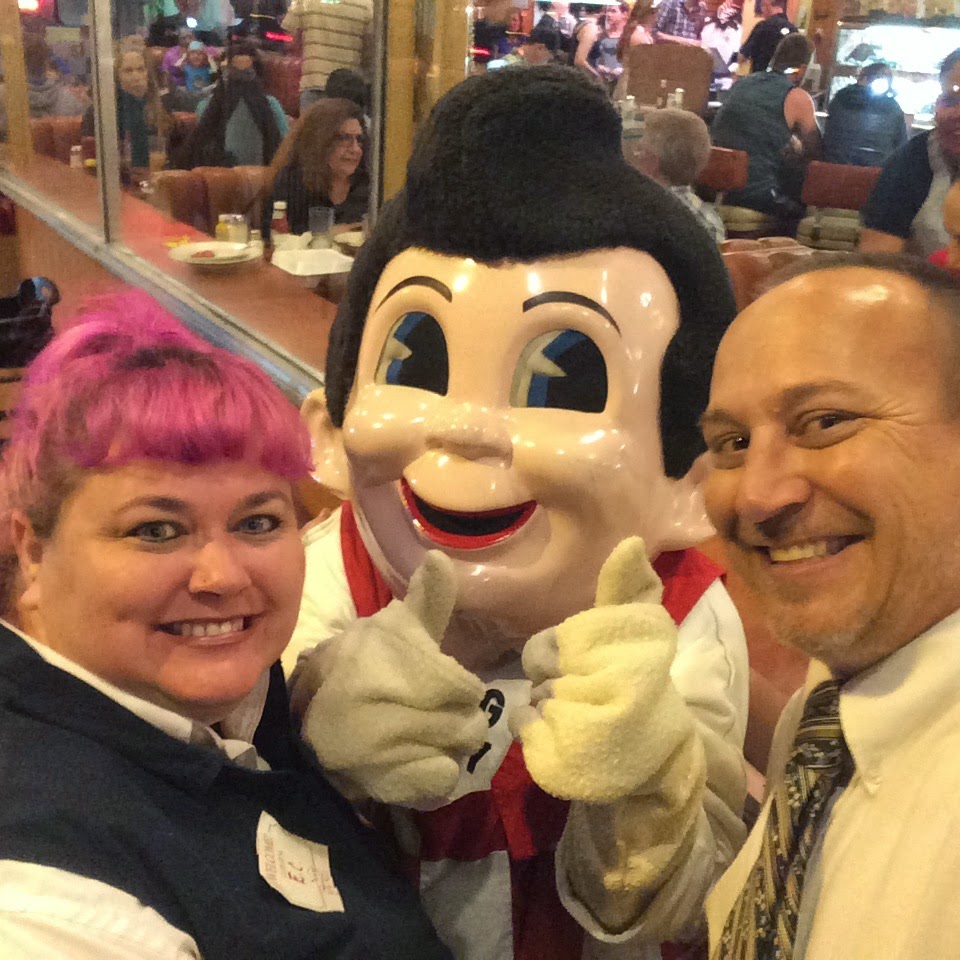 While we were there, Bob's terrifying Big Boy came through the restaurant to scare visit the patrons. 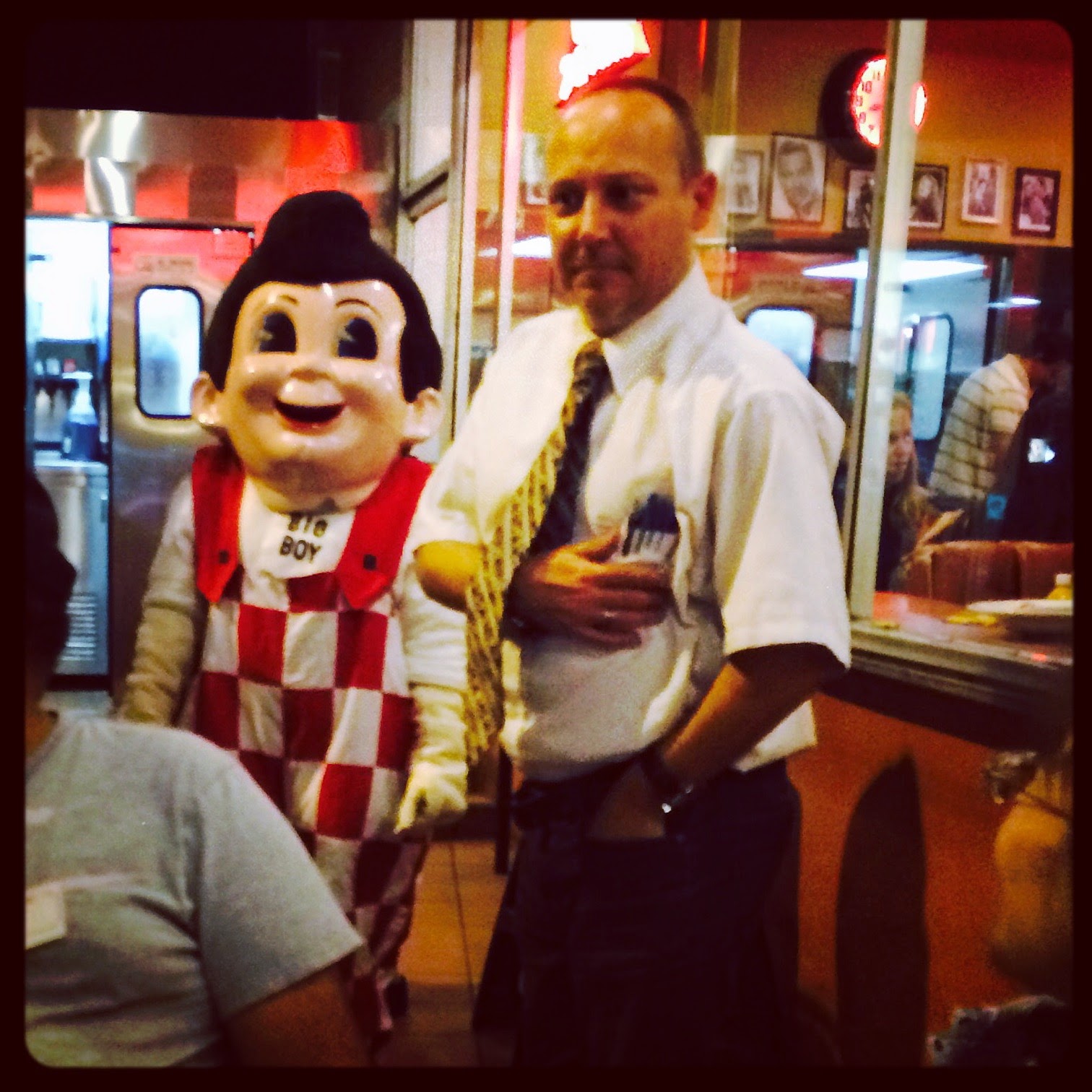 This might be my new favorite picture. It looks like no-neck Big Boy has murderous thoughts and is about to kill the new manager on duty.
Posted by Pinky Lovejoy-Coogan at Tuesday, March 17, 2015