It's been a dramatic couple of days in our household. After Keith had his name legally changed, we weren't sure if we'd be able to use it for the wedding or if he's also have to change it with Social Security and the DMV. I mean, at one time he even suggested we get "fake married" on October 26th and then do the real thing later. My reply? "I don't want to be fake married! I don't want to play dress up!" 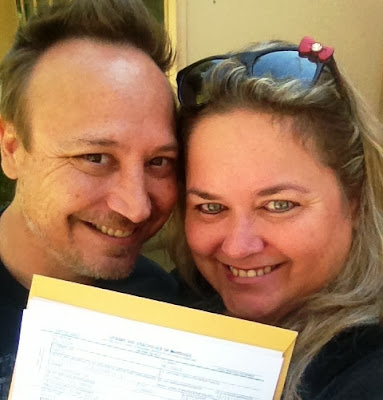 Thankfully after a stressful night we learned that his name would be accepted, we were able to successfully get our marriage license with the correct names on it and all is right in the world again (well, except for that whole photobooth nightmare....). 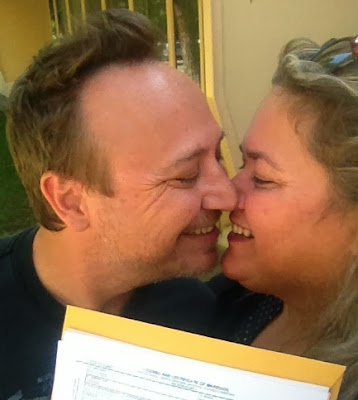 As you can see, we were very excited and had to stop for a photo session outside the courthouse. 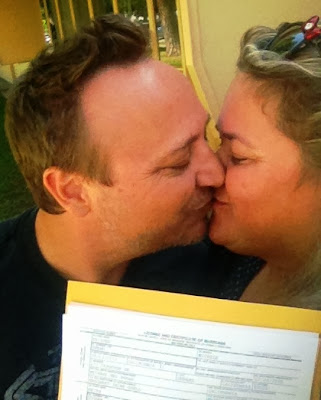 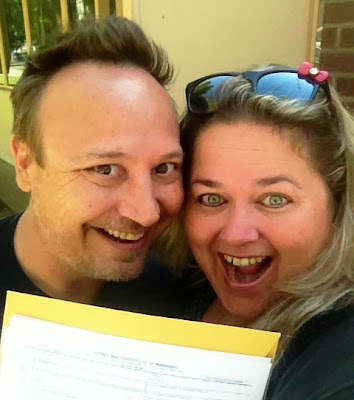