I love Ryan Paevey. He was brilliant in Unleashing Mr. Darcy and even better in Marrying Mr. Darcy (both Hallmark movies, of course). 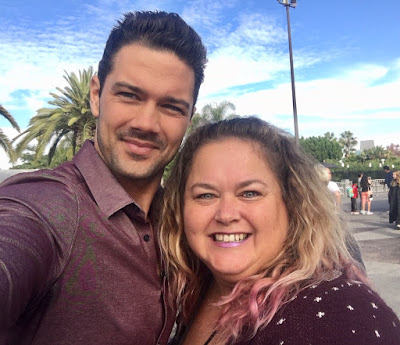 I first met him while he filmed a segment on Extra last year and he was a dream come true. 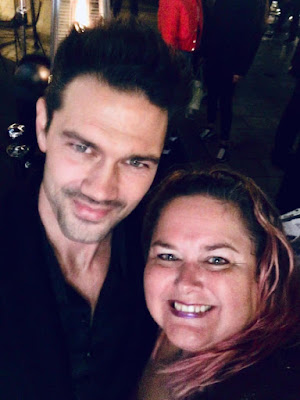 Next I saw him at a premiere a few weeks later and he said it was nice to see me again while squeezing my arm (!). 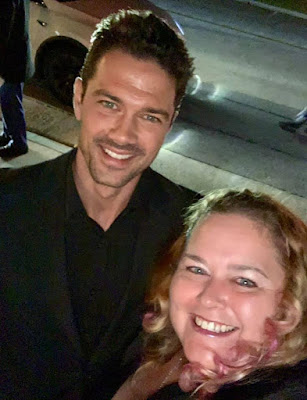 When he arrived at the Hallmark All-Stars party, he actually blew me off at first and said he'd do pics on his way out.....but he did call me "love" so that was good. When he did leave, he kept his word and came over. Yay! Again, he said it was nice to see me...squee! He's such a talented hottie.
Posted by Pinky Lovejoy-Coogan at Friday, April 05, 2019