So, having Sophie Skelton at the party the other night was a TOTAL surprise. I had no idea she'd be there and, in fact, didn't even realize it was her right away! I mean, Outlander films overseas and she's not from the US - I had no reason to think she'd be in town. 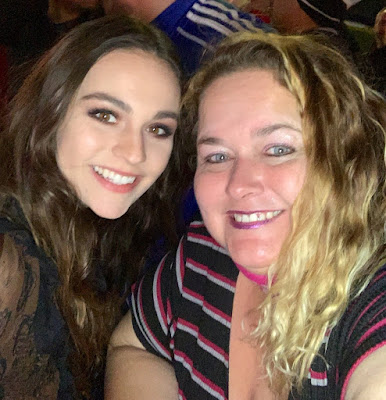 However, after this picture was taken, I noticed she was signing an Outlander script. I was like, "What a minute...Sophie...Outlander..." and only then did I realize that she was BRIANNA on the show! Woot! 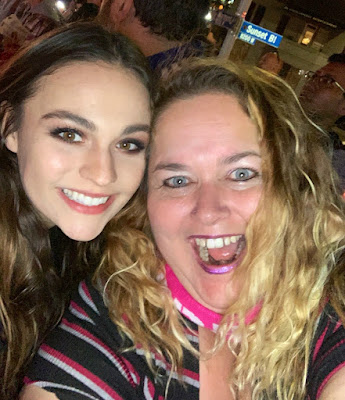 Obviously, I had to snap another picture....one where I'm a *bit* more animated. Still super excited about it!
Posted by Pinky Lovejoy-Coogan at Wednesday, January 30, 2019